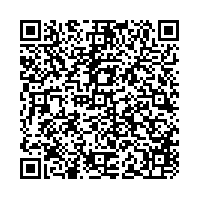 The publicly listed Semperit Group generated record revenues of EUR 828.6 million in fiscal 2012 (up 1.0% from EUR 820.0 million in 2011), the second best result in the company's history. This development was supported by a very strong performance in the Industrial Sector. Despite a difficult market situation, market shares have been expanded and profitability significantly increased. All segments of the Industrial Sector achieved clear double-digit EBITDA and EBIT margins. In contrast, the Medical Sector was affected by some one-time items and burdened by a difficult competitive environment.

Due to the strong development of the Industrial Sector, the weaker result in the Medical Sector could largely be offset. At EUR 108.7 million, the Group's consolidated EBITDA came close to the previous year's EUR 110.0 million. Due to increased depreciation resulting from the current expansionary course, consolidated EBIT showed a decrease of 9.8% to EUR 72.5 million, compared to EUR 80.4 million in 2011. The EBITDA margin declined slightly in 2012 from 13.4% to 13.1%, the EBIT margin fell from 9.8% to 8.8%. Semperit achieved a net result (earnings after tax) of EUR 46.2 million, a decrease of 10.7% compared to EUR 51.8 million in 2011.

"With the successful acquisition of Latexx Partners Berhad in 2012, we have met a major milestone in the implementation of our growth strategy and enhanced our global presence in the important growth region of Asia significantly. In addition, we have achieved our goal of increasing our market share in business segments strategically important to us," said Semperit CEO Thomas Fahnemann, summarising the fiscal year 2012. "Of particular note is the development in the hose segment, where Semperflex was able to improve profitability in 2012 despite a difficult market environment. The conveyor belt segment Sempertrans also continued its positive earnings development in a sustainable way."

Through the acquisition of Latexx Partners, total assets of the Semperit Group increased by about a third in 2012, from EUR 616.7 million to EUR 824.5 million. This increase in total assets resulted in a decrease in the equity ratio, which stood at 49.3% (following 61.5%) at the 2012 year end. On this basis, Semperit still possesses a strong financial basis for further growth. Despite the cost of purchasing Latexx Partners, cash and cash equivalents increased by 36.2% to EUR 133.3 million (following EUR 97.9 million).

"Even after the major acquisition of Latexx Partners, we find ourselves on an extremely sound financial footing. The continuation of our growth course is therefore well secured. Despite the slight decline in earnings, we are proposing a dividend of EUR 0.80 per share, unchanged from the previous year," said Semperit CFO Johannes Schmidt-Schultes. Based on the share price at the end of 2012, this results in a dividend yield of 2.6%.

High profitability for the Industrial Sector in 2012

In 2012, the Industrial Sector (the Semperflex, Sempertrans, and Semperform segments) showed a strong earnings growth. Despite a decline in revenue of 0.8% to EUR 445.1 million, this sector's EBITDA increased by 9.6% to EUR 80.2 million, thus achieving its most profitable year ever. The Industrial Sector has benefited from its excellent sales performance and from measures taken to optimise production and material usage, as well as from earlier investments.

Despite difficult economic conditions, the Semperflex segment was able to continue seamlessly the record-setting revenues of 2011. Business in Europe and the U.S. was better than in Asia, where the market was characterised by high inventories in China. Efficiency gains in production, improved raw materials management, and flexible adjustment of production capacity led to a significant increase in profit.

The Sempertrans segment displayed a noticeably superior product mix once again in 2012. The volume of distinct specialty textile and steel conveyor belts continued to increase, while sales of standard textile belts decreased. New projects were awarded in particular in South America and in Africa. The turnaround initiated in 2011 was further secured with significant increases in profit, and new market niches have been successfully filled.

The Semperform segment recorded positive development in almost all business units. Despite this positive operating performance, an earnings decline was reported compared to 2011, due to an exceptional gain in the prior year. Adjusted for the one-off effect, the 2012 result was at the same level as in the previous year.


In the Medical Sector (the Sempermed segment), sales increased to about 13.5 billion gloves in 2012. Sales growth of 10% was recorded including Latexx Partners (consolidated from 31 October, 2012).

Revenue increased by 3.2% to EUR 383.5 million, driven by volumes and the Latexx Partners acquisition. Lower commodity prices were reflected in lower revenue growth. In addition, positive volume effects were offset by lower sales prices and intense competition. One-time effects in Thailand (including the effects of storm damage and start-up costs for the new facility in Surat Thani) also weighed on earnings. EBITDA decreased by 6.5% to EUR 41.5 million.

Outlook for 2013 and multi-year goals The global economic situation in the current financial year 2013 indicates no immediate upturn in demand. Based on the expected economic recovery, positive dynamics could materialise in the second quarter of 2013.

In the Medical Sector, the integration of Latexx Partners and the increase of its capacity utilisation will be the main focus areas. In the global glove market, price pressure due to overcapacity is expected to persist in 2013.

In the Industrial Sector, with the exception of the Semperflex segment, relatively stable demand is expected in the coming quarters. The Sempertrans segment in particular is already producing at high capacity. Medium-term growth for the segments of the Industrial Sector is expected based on growth in the energy sector, the resources sector, and the infrastructure sector.

Capital expenditures for replacement and growth (CAPEX) of around EUR 50 million are planned for the Semperit Group in the year 2013.

The growth objectives of the Semperit Group remain unchanged: the years 2010 through 2015 should see double-digit sales increases on average. Despite limited operational visibility, the Semperit Group expects that substantial growth in sales is possible in 2013. This increase in sales will mainly be driven by the full-year consolidation of Latexx Partners. The target range for the Semperit Group EBITDA margin for the coming years remains at 12% to 15%, with EBIT margin targeted at 8% to 11%.

Based on a strong financial performance, approximately 30% of earnings after tax are again expected to be distributed to shareholders - a level unchanged from the previous year. Dividends are anticipated to develop positively, broadly in line with the consolidated Group results in future, barring any exceptional developments.

The annual financial report for the year 2012 is available for download at: http://www.semperitgroup.com/en/ir/publications/

The publicly listed Semperit AG Holding company is an internationally-oriented group that develops, produces, and sells highly specialised rubber and plastic products for the medical and industrial sectors: examination and surgical gloves, hydraulic and industrial hoses, conveyor belts, escalator handrails, construction profiles, cable car rings, and products for railway superstructures. The headquarters of this long-standing Austrian company, which was founded in 1824, are located in Vienna, and the global R & D centre is in Wimpassing, Lower Austria. The Semperit Group employs about 9,600 people worldwide, including more than 7,000 in Asia and more than 700 in Austria. The group has 22 manufacturing facilities worldwide and numerous sales offices in Europe, Asia, and America. In fiscal 2012, the group generated sales of EUR 829 million and an EBITDA of EUR 109 million.