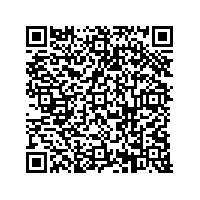 Subscribe to news
(PresseBox) ( Parkview, 11-11-22 )
With the Christmas Countdown firmly underway, Co-Founder and Technical Director for SecurEnvoy Andy Kemshall takes time to reflect on the last twelve months and gives his forecast of the top five security trends for the year ahead.

It's fair to say that I don't have a crystal ball to see into the future, so I wouldn't advise you stake your house on anything that I'm about to say, but what I do have is over 15 years experience of the security industry on which to formulate my predictions. If I'm right, I forecast the next twelve months will have some sunny days, although mainly cloudy with occasional outbreaks of rain, and we could even experience some wintry conditions!

Joking aside, this is what I think will happen in our arena:

PREDICTION NUMBER ONE: PEOPLE VS TECHNOLOGY
At the end of October we saw the world population reach seven billion. While this saw many debating if the planet would have enough resources to sustain us all, I was puzzled by a different conundrum - if there are now five billion mobile handsets in operation across the globe, a billion of which were connected in the last two years, which is growing faster? And, while it's fairly obvious which is, what will happen if the level of connections are maintained? I'll put my neck out and say I believe that, GSM will possibly match the number of people on this earth by 2013/14 and could even exceed the population growth by the end of 2014.

PREDICTION NUMBER TWO: HOME VS OFFICE
While many are worried by the euro-zone crisis, back here on home soil I don't see our financial situation dramatically improving - in fact things are set to get worse before they get better. For the whole population, inflation - measured by the retail prices index - has jumped by 14.4 per cent since September 2007 and businesses are feeling the pinch too. Office space is at a premium, utility bills continue to rise, fuel duty is set to put the pump price even higher, and I could go on but you get the picture. I believe people, and the companies they work for, will start to think smarter about where they work.

The way I see this playing out is businesses looking to reduce their overheads, and employees looking to cut their spending, will both look to embrace home working. I do have some hard statistics on which to make this predication as, earlier this year, SecurEnvoy conducted a study that revealed that 82 percent more people are working from home this year than they did last year. We may even see more organisations move to become completely 'virtual'.

Let's face it, we're all grown ups so don't need constant supervision, and with technological advancements this is a viable alternative. Instead of the daily trudge to the office, employees will remotely connect to the organisation's infrastructure - securely I hope. Physical interaction will be replaced by conference calls, with weekly or even monthly creation and collaboration opportunities pre-arranged to exchange information.

PREDICTION NUMBER THREE: HARDWARE VS SOFTWARE
For many years I've argued that hardware based tokens have had their day. But, in March this year, EMC's RSA division fell victim to hackers. Subsequently, Lockheed Martin - one of EMC's clients, suffered a breach that was blamed on its reliance of hardware tokens and proves my point that these tokens are fundamentally flawed.

I see two things happening over the next twelve months in this area.

1) Now that the criminals have realised where the keys to everyone's kingdom are kept, we will see more attacks against organisations, like RSA, who store their clients' seed files. The fact is malicious individuals understand that this information can be compromised and what they can do with it- it's been proven! I've said it before, and I'll say it again, the most secure method of two-factor authentication is to randomly generate any required keys within the customer's own environment.

2) Organisations will move from hardware to software based tokens to authenticate users.

While you could say this isn't really a prediction, as in truth the exodus to tokenless has already started, I'll bravely put a figure against it and say 50% of all hardware tokens will be replaced with tokenless two factor authentication by this time next year.

PREDICTION NUMBER FOUR: DATA CONTINUES TO GO MOBILE
This next prophecy is based on the predication from another, Ericsson - it has predicted that mobile data traffic will increase tenfold by 2016. I obviously concur with this theory, but I also believe the knock-on effect of this trend is how this data is moved and accessed.

Therefore, my prediction is that remote access will also increase proportionally - sticking my neck out I guesstimate this to be 40% by 2016. However, mobile data poses a risk to an organisations security so, this will mean companies needing to secure this vulnerable data. Authentication will be a key consideration so, theoretically, this should also grow by 40%.

PREDICTION NUMBER FIVE: GREEN IT
Trying to predict the future shape of the government's green policy is extremely difficult, and I'm not the best placed person to do this anyway. However, what is more certain is that its green policy is a good deal more certain than many other aspects of government policy as the general direction of travel, in favour of low-carbon development, remains clear and is as guaranteed as any national priority can be by the Climate Change Act.

One simple way business can look to reduce their carbon footprint is by moving from hardware tokens, to tokenless authentication. For example, it would require 1,673 trees to offset the emissions created in deploying 3,000 physical tokens. With soft tokens not even a branch has to be sacrificed.

And that's it, that's my view of how the next twelve months will shape up.