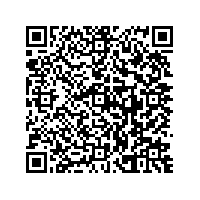 Subscribe to news
(PresseBox) ( Essen, 10-03-19 )
secunet Security Networks AG, a leading European provider of highquality products and solutions in the area of IT security, weathered the crisis in 2009 and had one of the best financial years in the company's history. Revenue and earnings were up substantially on the previous year. Revenue increased by 27% compared to 2008, once again reaching a record high of Euro 66.2m. Earnings before interest and tax were more than double the previous year's figure at Euro 4.4m. The order book remained at a consistently high level, which gives the Management Board cause for optimism for 2010, although current economic conditions mean that only a conservative forecast can be made. secunet is publishing its 2009 Annual Financial Statements and Annual Report today.

The strong revenue growth of the secunet Group is primarily the result of successful sales activities in the Public Sector. Projects awarded as a result of the German government's economic rescue package also had a positive impact. The High Security business unit generated the largest proportion of Group revenue, with a figure of Euro 38.9m, or 59%. In this business unit the main revenue driver is the Secure Inter-Network Architecture, SINA, which is used to ensure the secure processing, storage and transmission of classified information and other sensitive data. 26% of revenue, or Euro 17.1m, was generated in the Government business unit through, among other things, advising authorities on IT security issues, electronic ID documents (electronic passports and ID cards) and biometrics, as well as IT security for the electronic tax return ELSTER. Both High Security (up 36%) and Government (up 32%) managed to increase their revenue substantially. The Business Security and Automo tive Security business units, which focus on the Private Sector, posted a decline in revenue as a result of the financial and economic crisis. In financial year 2009, the Business Security business unit generated Euro 9.1m, compared with Euro 9.5m in the previous year. Automotive Security generated Euro 1.2m, down from Euro 1.6m in 2008. secunet's international sales were also affected by the crisis: revenue from secunet products and services marketed abroad fell from Euro 11.4m in 2008 to Euro 7.1m in 2009.

Earnings before interest and tax (EBIT) rose disproportionately in relation to revenue by 136%: Euro 4.4m was achieved in 2009, up from Euro 1.9m in financial year 2008. The main reason behind this more than twofold increase in EBIT is the growth in the SINA product business, which generates economies of scale, as well as earnings from the growth in Public Sector business due to excellent capacity utilisation. The individual expense items paint a similar picture. Due to the impact of the procurement of hardware in the fastgrowing SINA business, the costs of materials and purchased services showed the biggest increase, up 29% to Euro 18.8m. Personnel expenses were up 18% to Euro 22.2m. At the end of 2009 secunet had 284 employees, 7% more than in the previous year. The rise in personnel expenses can be attributed to the increase in headcount and higher performancerelated variable remuneration compared with the previous year. At Euro 0.8m, depreciation and amortisation was d own slightly on the previous year's figure by 2%, while other operating expenses rose by 13% to Euro 10.6m.

"We are particularly proud of secunet's success in 2009, as we were able to increase both our revenue and earnings despite the crisis", comments Dr Rainer Baumgart, Chairman of the Management Board of secunet Security Networks AG. "The profitable growth achieved in 2009 shows that our sustainable growth strategy is starting to have an impact."

Traditionally, the main focus of secunet's financial year has been the fourth quarter. This also proved to be the case in 2009, with around 44% of the revenue for the year, or Euro 37.2m, being generated in the fourth quarter. The associated high volume of invoices issued meant that receivables were also up considerably as at the reporting date of 31 December 2009. For this reason there was a slightly negative cash flow from operating activities of Euro -0.1m, compared to a figure of Euro 5.6m in the previous year. At Euro 14.7m, cash and cash equivalents as at 31 December 2009 were, accordingly, slightly below the level at the end of 2008 (Euro 15.9m).

secunet Security Networks AG's order book at the end of 2009 stood at Euro 30.3m (previous year: Euro 31.1m). The sustained high volume of orders is a positive sign for the 2010 financial year, as was the case for 2009. Uncertainty with regard to the economic environment, continuing weak demand in the Private Sector and the debate about budgetary consolidation in the Public Sector have prompted the Management Board of secunet Security Networks AG to make a conservative forecast for 2010. Revenue is expected to be stable, with EBIT remaining at a high level.

"2010 will be a challenging year - we have therefore been cautious with our forecast", explains Dr Rainer Baumgart. "From 2011, a number of major issues that will result in major projects - including the electronic ID card, new Public Sector communication infrastructures and the modernisation of the German army's mobile systems - as well as a rise in demand from abroad are expected to contribute to growth of around 10% once again."

secunet is one of Germany's leading providers of superior IT security. In a close dialogue with its customers - enterprises, public authorities and international organisations - secunet develops highcapacity products and excellent IT security solutions. Thus, secunet not only keeps IT infrastructures secure for its customers, but also achieves intelligent process optimisation and creates sustainable added value. At secunet, more than 270 experts focus on issues such as cryptography (SINA), egovernment, business security and automotive security with the aim of always being one step ahead of the competition in terms of quality and technology. secunet puts special emphasis on longterm relationships with its customers and on an atmosphere based on partnership. This is impressively shown by the security partnership with the Federal Republic of Germany that has been in effect since 2004.