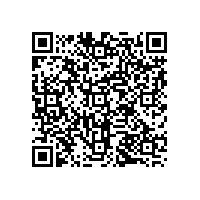 Subscribe to news
(PresseBox) ( Amstelveen, 10-03-26 )
At Ipex 2010 Screen will show the powerful capabilities of EQUIOSNET, a new universal workflow environment which features everything you need for integrated CTP and digital print production, complete with variable data and personalisation capabilities.

Screen's R&D efforts in recent years has focused on creating the ultimate endtoend workflow to ensure an efficient and errorfree production process, from job quote and incoming digital files through finishing and delivery. In the changing landscape of the printing industry, EQUIOSNET provides the perfect solution for companies that want the flexibility to handle both volume print production and personalised printing with addedvalue variable data. It has been designed to give production personnel ultimate flexibility and the ability to react easily to changes, even lastminute alterations to the number of copies required, whatever the output device used.

Today's printing industry demands solutions that cater for both digital and offset printing. EQUIOSNET provides a single, universal production environment which encompasses a range of software solutions and partnerships to provide a single, highly optimised and automated workflow driving multiple CTP and Print on Demand (POD) devices. Endtoend automation is achieved via JDFintegration from Web2print to finishing systems.

Announced as a concept at Drupa 2008, Screen will demonstrate EQUIOSNET in action at Ipex 2010 (Stand C290 in Hall 10) where a single source file will be processed and output to a variety of Screen systems, including the Truepress 344 digital press, Truepress Jet520 web and Truepress Jet SX B2 sheetfed digital printing systems, the wideformat Truepress Jet 2500UV and PlateRite CTP devices.

At the heart of EQUIOSNET is Adobe's PDF Print Engine 2 which maximises reliability, flexibility and quality. Adobe PDF Print Engine 2 allows the processing of native PDF files without the need to convert them to PostScript. It also uses JDF files to keep processrelated information separate from the design data, eliminating the need for transformation and compensation. PDF files remains unconverted and device independent right up to final output.

EQUIOSNET combines the CTP workflow of the established and popular Trueflow SE and the transpromo workflow offered by the SV-110 with the new EQUIOS Digital Front End (DFE), which has been specifically developed for the Truepress JetSX duplex B2 sheetfed inkjet printer launched at Ipex 2010.

The EQUIOSNET Partnership Programme is a workflow collaboration scheme that enhances Screen's workflow by enabling third party companies to connect to EQUIOSNET. Today over 20 companies are part of the programme, including MIS, colour management, offset press and finishing suppliers. This collaboration enables streamlined endtoend production automation from desktop to finishing. (More details: www.screen.co.jp/ga_dtp/en/partner/index.html)

EQUIOS features variable data capability, imposition and new screening algorithms developed specially for inkjet, and integrates with Screen's Trueflow SE workflow or other partner vendor workflows for full automation. Job set up is automatically handled by EQUIOS. The operator simply specifies the paper type and the appropriate settings are automatically applied with a profile.

Trueflow SE & EQUIOS-Pre4m: accelerating endtoend production automation Screen has more than 6,000 Trueflow installations worldwide driving CTP devices and is committed to offering them a seamless integration of Trueflow SE within a POD environment, as well as enhancements to their current production facility with the latest developments in workflow.

A major feature of Trueflow SE is that imposition and job ticketing is now integrated as part of the client interface. This new approach is called EQUIOS-Pre4m and it directly enables the handling of JDF stripping parameters. EQUIOS-Pre4m accelerates endto end automation and empowers printers to achieve the greatest value from an efficient production process.