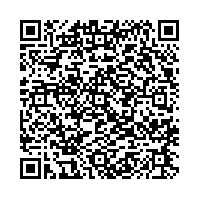 Schweizer Electronic AG: Preliminary Figures for the first Half Year 2017 and adjustment of forecast

Subscribe to news
(PresseBox) ( Schramberg, 17-08-03 )
The SCHWEIZER Group was able to boost its turnover by 6.8% to 61.9 million euro in the first half year 2017 (2016: 58.0 million euro). The turnover increase was achieved across all market regions, but Asia contributed to the largest extent with a 50% sales growth against previous year's period.

Despite these special factors, SCHWEIZER remains optimistic in view of its future business development. This is justified in view of an order book which amounts to 160 million euro based on the company's solutions in the fields of sensor applications and CO2 reduction.

Explanations to Financial Figures are available at: https://www.schweizer.ag/en/investor-relations/company-key-figures/explanations-financial-figures.html

With 787 employees SCHWEIZER achieved sales of 116.1 million euro in Fiscal Year 2016 (ending December). The company was founded by Christoph Schweizer in 1849 and is listed at the Stuttgart and Frankfurt Stock Exchanges (ticker symbol "SCE", "ISIN DE 000515623").