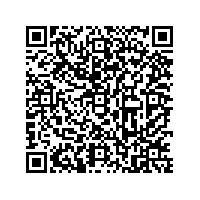 (PresseBox) ( Schramberg, 19-04-17 )
The SCHWEIZER Group closed the accounts in 2018 with a turnover growth of 3.7 percent to 125.3 million euro (2017: 120.9 million euro). The final group EBITDA (earnings before interest, taxes, depreciation and amortisation) amounted to 9.2 million euro (2017: 8.4 million euro), corresponding to an EBITDA margin of 7.3 percent against 7.0 percent the year before. The group EBIT (earnings before interest and taxes) amounted to 1.6 million euro (2017: 0.3 million euro) and corresponds to an EBIT margin of 1.3 percent (2017: 0.3 percent). In the light of the comprehensive investments into the new high technology plant in China, SCHWEIZER’s Supervisory and Executive Boards will suggest a dividend omission on occasion of the forthcoming Annual General Meeting on June 28, 2019, in order to put the funds thus released into our growth investment in China.

SCHWEIZER’s turnover with customers from the automotive sector grew by 4.9 percent to a peak value of 87.9 million euro in 2018, mainly driven by a high dynamic in the first half year, before the economic sentiment in the automotive industry significantly dimmed from late summer 2018 onwards. This development was mainly triggered by factors such as the introduction of the new WLTP emission test method in September 2018 as well as a sharp drop-off in sales of diesel vehicles due to the realisation of diesel traffic bans in several inner cities and the sudden slump of sales on the worldwide biggest automotive market China. Business with customers from the industry sector developed pleasingly. Typical applications of this customer group are detection, sensor technology and plant control systems. Turnover in this segment amounted to 30.5 million euro, which is equivalent to an increase of 8.2 percent compared to 2017. The industry customer group thus represents 24.3 percent of SCHWEIZER’s group turnover.

The export ratio increased from 40.2 percent to 44.3 percent in the last fiscal year with Germany remaining by far the most important sales region. Despite a slight decline, the turnover in Germany amounted to 69.8 million euro (2017: 72.3 million euro), representing 55.7 percent of the group turnover. The decline in Germany was more than compensated by a sales increase of 7.2 million euro to 35.6 million euro in Europe, so that the turnover share from Europe including Germany rose to 84.1 percent. With a turnover of 9.4 million euro in Asia and 10.1 million euro in America, both regions remained almost stable.
Also last year, the trend towards technologically sophisticated printed circuit boards from the areas of power electronics and system cost reduction continued. Revenues from this technology segment increased by 19 percent, while volumes of the standard segment were down by just under 18 percent.

The significant increase of the production volumes with SCHWEIZER’s partners WUS in China and Meiko in Vietnam by in total 117 percent is due to the start of important projects in the field of high frequency printed circuit boards (PCBs) with WUS and standard PCBs with Meiko. Turnover generated with these partners now amounts to 20 percent of the total turnover of the SCHWEIZER group.

In view of the significant overall economic, sector-specific and political uncertainties, our turnover expectation for the current business year ranges between -5 and +5 percent compared to 2018. This corresponds to a turnover range of about 120 to 130 million euro. While expecting sales increases at our strategic partners WUS in China and Meiko in Vietnam, triggered by product starts for our automotive customers, we anticipate a weaker development for products from Schramberg, which can affect all customer groups. Since start of production in Jintan is planned for the beginning of 2020, no turnover contributions are expected from this site for 2019. The anticipated start-up losses due to the construction and putting into operation of the new Jintan plant will burden the result in 2019. Therefore, we expect an EBITDA margin of between 4 – 6 percent in 2019, which is equivalent to an EBITDA of between 5 and 7 million euro. Without the negative contribution from the ramp up of the pant in China, the anticipated EBITDA margin lies between 7 and 9 percent.

The annual report for the year 2018 is available on http://www.schweizer.ag/de/investorrelations/finanzberichte.html. An English version of this report will be available soon.

The company was founded by Christoph Schweizer in 1849 and is listed at the Stuttgart and Frankfurt Stock Exchanges (ticker symbol "SCE", "ISIN DE 000515623").