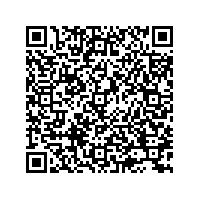 Subscribe to news
(PresseBox) ( Munich, 10-07-22 )
Sustained by a strong recovery in the world economy, the Schaltbau Group performed better in the first half of 2010 than forecast at the beginning of the year. In view of the improved situation and the positive outlook for the months to come, the earnings forecast for the full year has now been upwardly adjusted. Earnings per share of € 6.10 for the year are now predicted, well up on the previous forecast of € 5.40.

Order intake for the Schaltbau Group grew by around 9 per cent to € 153.3 million during the period under report, exceeding the Group's own expectations and surpassing last year's figure of € 140.4 million. The growth is largely attributable to business performance in the 2nd quarter, in which incoming orders rose sharply to reach € 75.1 million (Q2 2009: € 61.1 million).

Sales performance in the first half of the year continued to be held down by the weak order situation towards the end of 2009 and by delays in the delivering of orders caused by the harsh weather conditions in spring 2010. In the second quarter, however, the Group recorded moderate sales growth to achieve € 71.8 million (Q2 2009: € 69.9 million). Therefore with sales revenue of € 133.9 million for the sixmonth period under report (2009: € 142.5 million) the deficit on the previous year has slightly decreased.

Both order intake and sales rose in the Mobile Transportation Technology segment. Business performance in the Door Systems for Railway Vehicles product group was outstanding. In the Stationary Transportation Technology segment, delayed deliveries of railway crossings and point heating systems due to the severe winter conditions had not yet been compensated for in the second quarter 2010. The Brake Systems business field reported sales well below those of the previous year due to the weak order situation for container terminals. However, the order situation for wind power brakes improved pleasingly. After a very strong March, the Components segment again showed positive growth in revenues during the second quarter. Switches and contactors were in particularly high demand.

Due to the increased processing of orders, particularly in the Rail Infrastructure business field, total output reached € 137.8 million during the period under report and was up on the previous year (2009: € 136.1 million), achieving earnings from operating activities (EBIT) of € 10.3 million. Despite the figure being 9.6 per cent lower than for the first six months of 2009, the gap to the previous year is closing unexpectedly quickly when compared to the first quarter 2010. At 7.7% the EBIT margin came close to achieving the good result of 8.0% seen one year earlier.

Due to the improvement of € 0.4 million in Group net profit in the second quarter compared with 2009, the figure of € 6.5 million for the first half of 2010 is meanwhile only € 1.5 million below that of last year.

The level of sales over the last few months and the higher sales expectancy for the third quarter caused working capital to increase by € 15.6 million, despite higher advance payments and trade accounts payable compared to the balance sheet date on 31 December 2009. These factors and the deliberately retained cash reserves are the principle reasons for the higher level of total assets, which rose from € 167.9 million to € 191.5 million. Despite this, the equity ratio including participation rights capital, which is similar in nature to equity, improved slightly to 16.6%.