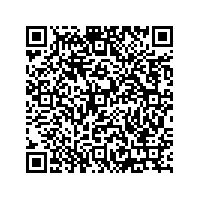 Subscribe to news
(PresseBox) ( Munich, 10-10-26 )
In an ongoing favourable economic environment, the Schaltbau Group continued to perform well in the threemonth period that ended in September 2010. The third quarter was the best of the current year so far with regard to sales revenues, EBIT and Group net profit. The prolonged steady stream of business in the railway sector and the unchanged strong demand, particularly from Asian markets, as well as growing impetus in the industrial sector, were the primary drivers of growth. Due to the Group's unexpected good performance in the third quarter, earnings per share of € 6.40 are now predicted for 2010.

Powered by growing demand, the Schaltbau Group generated sales revenues of € 74.0 million from July to September 2010. The figure is an improvement of 18.6 per cent on the total of € 62.4 million registered in the third quarter one year earlier. Sales revenue of € 207.9 million was achieved during the ninemonth period, exceeding the previous year's € 205.0 million by 1.4 per cent.

In the Mobile Transportation Technology segment both incoming orders and sales for the third quarter 2010 showed a remarkable increase on last year's figures. The Rail Infrastructure business field also made good progress in the Stationary Transportation Technology segment. The volume of incoming orders continued to rise and the processing of orders for level crossings and points heating systems, hampered by the harsh winter in the first quarter, accelerated considerably in the threemonth period that ended in September 2010. Order intake for the Brake Systems business field, which began picking up again in May, translated increasingly to earnings in the quarter under report and by August the turnaround had here too been accomplished. Order book and sales performance in the Components segment continued to please throughout the third quarter. Apart from brisk demand in the railway sector, renewed vitality in requirements for industrial applications also gave the segment an additional boost. Orderintake growth and sales performance were both outstanding in China.

The powerful growth in total output during the third quarter and upcoming deliveries in the last quarter have caused working capital to rise from € 53.8 million recorded on 31 December 2009 to € 73.3 million on 30 September 2010. These factors had the greatest influence on the balance sheet total, which increased to € 187.2 million (31 December 2009: € 167.9 million). Nevertheless, the equity ratio including participation rights capital, which is similar in nature to equity, improved from 16.4% at the end of 2009 to 19.3% on 30 September 2010. Net bank liabilities were reduced to € 39.2 million as compared with € 43.0 million one year earlier.