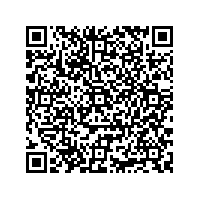 David Anderson, President and Chief Executive Officer, commented, "Notwithstanding the overall economic environment, we still achieved continuous growth in our third quarter. We posted record sales and doubled earnings for the quarter versus the prior year period. Asia-Pacific and the Americas' growth continued, but at a less robust rate while European sales for the quarter were slightly lower than last year's third quarter. Despite the current economic climate, we're realizing the positive effect of the initiatives we have taken over the past few years through improved operating margins."

The Company received new orders of $397.9 million for the third quarter of 2008, a decrease of 18 percent from the end of third quarter 2007. Excluding currency translation rate changes, orders were down 22 percent.

Anderson added, "The increase in backlog, although still healthy, is down from the increase posted a quarter ago which is a reflection of a slowing demand in a number of our markets."

Anderson stated, "As we continued to invest in expanding our capacity, we also continued to generate significant operational cash flow as reflected in the improvement in our leverage ratio. This additional capacity will support both current and future demand which we expect to be generated from our ability to continuously win new applications and provide more content on highly engineered vehicles which will come on line in the coming years."

Anderson commented, "We obviously are watching the evolving events in the global credit markets and economies with concern. Our markets and customers are affected which will ultimately impact us as well. We suspect that the total backlog figures reported at the end of September are not yet fully reflecting this impact. Our management team has been taking steps to adjust our production plans to future demand, reducing our costs, and developing contingency plans."

Anderson continued, "Our plant and product line restructurings, along with better information from the business system implemented over the last few years, should serve us well as we move through these uncertain times."

"Based on the turbulence in the world economies and resulting slow down from our recent growth patterns combined with the impact on our product mix, we are taking a more cautious position regarding the outlook for the remainder of this year. We have adjusted the expectation for our full year performance by about 25 percent from our previous forecast, now expecting earnings to be in the range of $1.15 to $1.25 per share based on nominal annual sales growth of 8 to 9 percent. We still expect capital expenditures to be 7 to 8 percent of sales," concluded Anderson.

Members of Sauer-Danfoss' management team will host a Webcast on October 30 at 10 AM Eastern Time to discuss 2008 third quarter results. The call is open to all interested parties on listen-only mode via an audio webcast and can be accessed through the Investor Relations page of the Company's website at http://ir.sauer-danfoss.com. A replay of the call will be available at that site through November 13, 2008.

Sauer-Danfoss Inc. is a worldwide leader in the design, manufacture, and sale of engineered hydraulic, electric and electronic systems and components, for use primarily in applications of mobile equipment. Sauer-Danfoss, with 9,800 employees worldwide and revenue of approximately $2.0 billion, has sales, manufacturing, and engineering capabilities in Europe, the Americas, and the Asia-Pacific region. The Company's executive offices are located near Chicago in Lincolnshire, Illinois. More details online at www.sauer-danfoss.com.