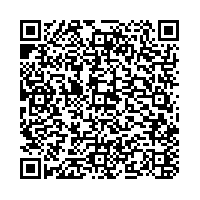 BUSINESS HIGHLIGHTS IN THE FIRST QUARTER 2013

The Company sees continued strong growth in the cloud. With the most comprehensive portfolio of cloud solutions, SAP’s annual cloud revenue run rate is approaching €900 million[5]. First quarter 2013 Non-IFRS cloud subscription and support revenue was €167 million, up 380% year-over-year. Non-IFRS deferred cloud subscription and support revenue[6] was €377 million as of March 31, 2013, which is a year-over-year increase of 95%. The Company’s cloud subscription and support backlog[7] as of December 31, 2012 was €800 million. SAP’s cloud applications total subscribers now exceed 24 million. For the Ariba segment the trailing twelve month network spend volume[8] was approximately $460 billion. More than 1 million companies are connected through the Ariba network, the world’s largest Web-based business trading community.

“Our industry is at a fundamental transformation point, driven by the convergence of mobile, cloud and big data. SAP’s 25% growth shows that we are not only leading this change but also gaining significant worldwide market share,” said SAP Co-CEOs Bill McDermott and Jim Hagemann Snabe. “Customers continue to choose our innovations to help them run better, and SAP HANA is the next-generation platform for all companies to innovate their business, drive speed across the entire enterprise and reduce costs. SAP’s pipeline is strong, and we are confident that we will achieve our full-year outlook.”

“Non-IFRS software and cloud subscription revenue exceeded €800 million for the first time in a first quarter. We saw very strong revenue contribution from SAP HANA and continued growth in the cloud. The solid top line performance and continued cost discipline resulted in double-digit growth in Non-IFRS operating profit at constant currencies,” said Werner Brandt, CFO of SAP. “We are on track to deliver on our 2015 goals and our overall financial objective of profitable growth over the long term.”

-€0.45 billion compared to -€2.50 billion at December 31, 2012. The improvement of our net liquidity in the first quarter was primarily due to the strong operating cash flow in the first three months of 2013.

SAP reiterates the outlook for the full year 2013, which remains unchanged from the outlook provided on January 23, 2013:

For a more detailed description of all of SAP’s non-IFRS measures and their limitations as well as our constant currency and free cash flow figures see Explanation of Non-IFRS Measures online.

SAP’s first quarter 2013 Interim Report was published today and is available for download at www.sap.com/investor. The interim report includes an update on SAP’s sustainability performance.

SAP senior management will host a conference call for financial analysts and media on Friday, April 19th at 2:00 PM (CEST) / 1:00 PM (GMT) / 8:00 AM (EDT) / 5:00 AM (PDT). The conference call will be web cast live on the Company’s website at www.sap.com/investor and will be available for replay.

SAP’s 2012 Integrated Report, Annual Report and Annual Report on Form 20-F were published on March 22, 2013, and are available for download at www.sap.com/investor.

As market leader in enterprise application software, SAP (NYSE: SAP) helps companies of all sizes and industries run better. From back office to boardroom, warehouse to storefront, desktop to mobile device – SAP empowers people and organizations to work together more efficiently and use business insight more effectively to stay ahead of the competition. SAP applications and services enable more than 238,000 customers to operate profitably, adapt continuously, and grow sustainably. For more information, visit www.sap.com.