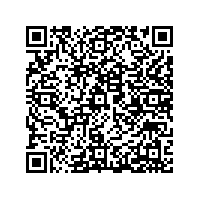 SAF increases revenues and profit in the third quarter

Strong performance in the maintenance and services business creates confidence

(PresseBox) ( Tägerwilen/Switzerland, 10-11-12 )
SAF AG, which is listed in the Prime Standard of the Frankfurt Stock Exchange (ISIN CH0024848738), increased revenues by 12.5 percent from EUR 3.1 million in the third quarter of the previous year to EUR 3.5 million in the third quarter of 2010. This increase was due primarily to the strong performance of the maintenance and services business, which contributed a total of EUR 2.8 million. In the first nine months of the 2010 fiscal year, SAF generated total revenue of EUR 11.5 million, thus nearly reaching the previous year's revenue of EUR 12.1 million.

At EUR 0.7 million, licensing revenues remained at the previous year's level in the third quarter of 2010 (Q3/09: EUR 0.6 million). However, this figure was well below the figures recorded in the strong first and second quarters of the current fiscal year. Delays in negotiating and concluding contracts in the direct sales business could only partly be offset by the OEM business with SAP. The increase in revenue was due primarily to the strong performance of the maintenance and service business. SAF generated EUR 2.3 million through its maintenance business, an increase of 15.5 percent (Q3/09: EUR 2.0 million).
The service business also showed a similar positive development year-on-year, generating EUR 0.5 million in revenue in the third quarter of 2010, representing an increase of 14.7 percent (Q3/09: EUR 0.4 million).

OEM partner SAP made a substantial contribution to SAF's revenues with three license sales. The first fruits of our intensive collaboration with majority shareholder SAP can already be seen. SAF is increasingly providing support to SAP customers in implementing the SAP F&R solution, in which SAF technology plays a key role. "Our main goal is to exploit the synergies and opportunities arising from our intensified partnership in order to be able to offer our customers additional competitive advantages from our expanded scope of services", assesses Udo Meyzis, CEO of SAF AG, the development of the closer partnership. "Already today, it is clear that both companies can benefit from the strengths of the other".

Two members of the Board of Directors, Verlin P. Youd and Volker Merk, submitted their resignations from the Board of Directors of SAF at the end of the third quarter of 2010. In response to the departures from the Board of Directors of SAF of Verlin P. Youd (on October 1, 2010) and Volker Merk (on October 31, 2010), SAF's majority shareholder SAP AG advised SAF to convene an extraordinary Shareholders' Meeting to hold new elections. This meeting will take place on December 7, 2010 in Frankfurt. Details are available at www.saf-ag.com under the Shareholders' Meeting link in the Investors section.

SAF AG was established in 1996 by Dr. Andreas von Beringe and Prof. Dr. Gerhard Arminger. SAF shares are listed at the official market (Prime Standard) at the Frankfurt Stock Exchange (FWB). Today, the company employs approx. 100 people.
Consolidated sales revenues for fiscal year 2009, according to IFRS statements, were EUR 16.6 million with consolidated profit of EUR 0.7 million which were affected by one-time costs of EUR 2.8 million due to the takeover by SAP. SAP currently holds approx. 70 percent of SAF's shares. SAF's products are distributed in many European countries as well as in the United States.
The company is headquartered in Tägerwilen, Switzerland. SAF also has a subsidiary in the United States: SAF Simulation, Analysis and Forecasting U.S.A., Inc., Irving and in Slovakia, Bratislava: SAF Simulation, Analysis and Forecasting Slovakia s.r.o. with the focus on Nearshore-Development.