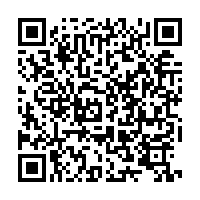 (PresseBox) ( Bensheim, Germany, 17-04-24 )
With 63.7 million Euros in 2016, Sanner GmbH again achieved an increase in annual sales. The company strengthened its position as a provider of high-quality plastic packaging and components for pharmaceutical, medical and healthcare products with significant domestic and international investments, the expansion of the product portfolio, as well as efficient development services for customer-specific products such as the Atmo Guard System® and the newly introduced Sanner IDP-Process®.

"Once again, 2016 was a very successful year for us. Compared to the previous year, we were able to increase our total turnover by 6.9 percent, thus exceeding the 60 million Euro mark," says Dirk Mähr, Managing Director of Sanner GmbH. "This continuous growth, as well as the numerous developments and investments show that we are well prepared for the future", says Ralf Tiemann, Managing Director Sanner Kunshan China.

Investments included an exchange of most machines for Sanner products in Bensheim, Germany. "The increase in automation and the acquisition of new production machines contribute to an increase in capacity and efficiency," says Mähr. In the coming years, Sanner will consistently expand its portfolio for capsules and desiccant packaging.

The company has also strengthened the range of services and developments of customer-specific products with the Sanner Atmo Guard System® and the IDP-Process®, which was recently introduced at Pharmapack Europe. The IDP-Process® meets the growing need for customized, holistic packaging concepts for pharmaceuticals and medical devices. Customers receive individual packaging solutions with a design that not only meets the highest requirements, but which is also suited for large-scale serial production, while fulfilling all technical and regulatory demands.

Expansion of cleanroom capacities in China

The expansion of the cleanroom capacities in Kunshan, China, focused on efficiency and product safety. Since February 2017, 200 additional square meters of production space are available at the site. However, Sanner does not rest on its laurels: "The past years’ successful business results and our excellent future prospects in Asia will require continuous capacity expansions over the coming years," says Ralf Tiemann. Upon completion of the second construction phase at the end of the first half-year, the company will be able to produce in 2,700 square meters of cleanroom space.

A great deal has also happened at the production site in Hungary: on one hand, new employees could be recruited to strengthen the team. On the other hand, the sites in Bensheim and Budapest are cooperating more closely to establish a broader platform for future growth projects in Europe. "With these numerous portfolio and capacity expansions, we are sustainably investing in the future of our production sites", Dirk Mähr summarizes. "This way, Sanner is well positioned for further growth."

Based in Bensheim, Germany, Sanner GmbH was founded in 1894 and is now in its fourth generation as a family-owned enterprise. Sanner develops and produces high-quality plastic packaging and components for pharmaceutical, medical and healthcare products. The world's leading manufacturer of desiccant caps, Sanner produces two billion plastic parts each year for standard and customized packaging solutions. With 500 employees in Germany, China, Indonesia, India, Hungary and the U.S., the company generated annual sales of 63.7 million Euros in 2016. Further information on Sanner is available on the Internet: www.sanner-group.com.