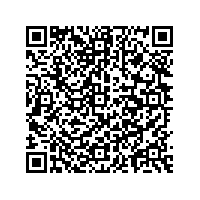 (PresseBox) ( Hamburg/Cairo, 10-07-20 )
RWE Dea will be investing 3.6 billion US-Dollars in the field development in the North Alexandria and West Mediterranean Deep Water concessions - the biggest single investment for the upstream company to date. Together with the Egyptian Petroleum Minister Sameh Fahmy, the Egyptian stateowned company EGPC and the operator BP, RWE Dea signed the relevant agreements, which had previously been approved by the Egyptian Cabinet and the Egyptian Parliament, in Cairo.

With reserves of more than 50 billion cubic metres of natural gas (RWE Dea share), the fields in the North Alexandria and West Mediterranean Deep Water concessions are among the largest in RWE Dea's portfolio. "Our aim is to proceed with this field development at a rapid pace, so that we can go into production by 2014," said Thomas Rappuhn, Chief Executive Officer of RWE Dea AG. "Amongst other field development projects of RWE Dea, such as Breagh in the United Kingdom and Gjøa in Norway, North Alexandria will make a substantial contribution to the company's growth target, which is to double production over the next five years." As a partner in the field development, RWE Dea will actively support the project through its experts and the company's own knowhow.

The North Alexandria and West Mediterranean Deep Water concessions are located in the offshore region of the West Nile Delta, some 40 kilometres off the coast of Egypt. The concession includes the Raven natural gas fields in the hightemperature and highpressure depth domain which extends into the West Mediterranean Deep Water concession. This calls for a high level of investment and the deployment of leadingedge technologies in developing these fields under highest safety and environmental standards. Most of the total investment for the field development in the order of 9 billion US-Dollars will be spent in the North Alexandria concession. BP (the operator with a 60% stake) and RWE Dea (40% stake) will split the total investment accordingly. For RWE Dea, its share will represent the company's biggest single investment, which will be spent over the lifetime of the project.

During the plateau phase starting 2015, more than 3 billion cubic metres of gas (RWE Dea share) will be produced annually. Planning provides for a production period of about 20 years in the first phase. Development of further natural gas potential including already discovered gas volumes within the concession areas will take place in a second phase.

RWE Dea and its legal predecessor have been operating in the upstream segment in Egypt since as far back as 1974 and, as an operator, can look back on almost three decades of oil production in the Gulf of Suez. In recent years the company made a number of major gas discoveries in Egypt and boosted its activities considerably with the acquisition of additional concessions. Currently, RWE Dea holds a total of 13 onshore and offshore concessions, covering a net acreage of about 13,300 square kilometres.

RWE Dea AG, headquartered in Hamburg, is an international company operating in the field of exploration and production of natural gas and crude oil. The company deploys stateoftheart drilling and production technologies and puts its many years' experience acquired to good use in its activities. RWE Dea has set new standards in the fields of safety and environmental protection.

RWE Dea has stakes in production facilities and concessions in Germany, the UK, Norway, Denmark and Egypt and holds exploration concessions in Algeria, Ireland, Libya, Mauretania, Morocco, Poland and Turkmenistan. Moreover, in Germany RWE Dea also operates large subterranean storage facilities for natural gas. RWE Dea is part of the RWE Group, one of Europe's largest energy utilities. RWE is also one of the six stakeholders in the Nabucco pipeline consortium. On this new transport route, in the near future the natural gas deposits in the Caspian region and the Middle East are to be directly connected to Europe.