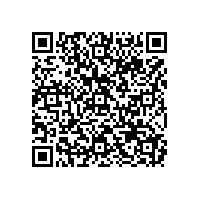 (PresseBox) ( Essen, 09-08-13 )
Despite difficult economic conditions, RWE successfully navigated through the first half of fiscal 2009. A decline in industrial sales was offset by stable residential customer supply and grid business. "The first half of the year is confirmation that we can expect to meet our key earnings targets for 2009 despite the economic crisis", said Dr. Juergen Grossmann, CEO of RWE AG.

"We are implementing our investment programme according to plan, as is clear from our current projects. Our two largest power plant construction sites at Neurath and Hamm alone are securing more than 13,000 jobs in Germany. Once these plants are in operation, they will secure around 1,700 jobs at RWE and with service providers and subcontractors over the long term - great news in the current climate", continued Grossmann. In the UK, where new power plants are under construction at two locations, a total of around 4,000 jobs will be created on the construction sites. In addition there will be further indirect employment effects. Almost 200 additional staff will be employed at these power plants once they are complete.

Group revenue declines by 1.4% in first half of the year

In the first half of 2009, the RWE Group generated external revenue of €24.4 billion. Compared to the same period last year, this represents a decline of 1.4%. Adjusted for currency effects, however, Group revenue rose slightly. Electricity sales dropped by 11% to 143.4 billion kWh. Demand from industrial customers fell due to a recession-induced decline in production. At the same time, however, RWE acquired new customers in the residential and distributor segments. Excluding trading activities, therefore, electricity sales remained stable. Gas sales dropped by 8% to 168.2 billion kWh.

Operating result up 4% on previous year

The earnings position of the Group improved in the first half of 2009. EBITDA rose by 4% to €5,047 million and the operating result improved by the same percentage to €4,084 million. Adjusted for currency effects, this amounts to a rise of 5% in each case. Recurrent net income, the basis for determining the dividend payout, also increased by 5% to €2,232 million.

RWE Power improved its operating result by 4% to €1,838 million on the strength of electricity prices achieved, despite the outages at the Biblis nuclear power plant. The company had already sold forward the majority of its production in previous years.

At €1,405 million, the operating result posted by RWE Energy was essentially stable. Positive earnings effects from the successful efficiency enhancement programme were offset by the declining margins in the German and Hungarian electricity retail business and negative exchange rate effects.

RWE Supply & Trading made a significant contribution to earnings. However, this cannot be extrapolated to the year as a whole. The division's operating result of €738 million partially stemmed from electricity forward transactions concluded in previous years. These are now taking effect in accordance with IFRS as the supply contracts are fulfilled. In addition, optimisation of its international gas procurement portfolio resulted in higher earnings contributions.

High start-up costs associated with its extensive investment programmes and increased human resources expenditure caused a decline in RWE Innogy's earnings by €21 million to €23 million. The company currently has an installed generating capacity of 1.4 GW and a further 500 MW under construction. The project pipeline - the basis for the expansion target of 10 GW in the year 2020 - expanded by a third to just under 17 GW.

RWE Dea closed the reporting period with an operating result of €130 million or €195 million below last year's result. The decline was driven by lower oil prices and gas production volumes.

RWE npower's retail and generation margins dropped due to the financial crisis and the market situation. Therefore, the company's operating result, net of currency effects, declined by 54% to €135 million. By implementing a programme of extra, short-term cost reductions, RWE npower is now working to offset these disproportionately high cost and pricing pressures in the UK market.

The positive trend in RWE's customer numbers evident in Germany since the middle of last year continued in the first half of 2009. The number of electricity customers rose in comparison with the end of 2008 by a total of 60,000. Our "eprimo" subsidiary accounted for a significant share of this increase, with 577,000 electricity customers as at 30 June. The number of gas customers in Germany rose by 14,000 in the first half of the year. As at 30 June, RWE Energy, which also serves the customers of its fully consolidated subsidiaries in the Czech Republic, Hungary, Poland, the Netherlands and Slovakia, supplied some 10.2 million residential and commercial customers with electricity and 3.6 million with gas.

As at 30 June 2009, the RWE Group employed 66,812 staff, of whom 40% (26,845) worked outside Germany. Compared to 31 December 2008, the workforce increased by 1.4% or 904 employees. In addition, RWE is training around 3,000 young people, some 1,000 of whom are beginning their vocational training this year. Triggered by its investment programme, RWE is creating new jobs in many of its divisions and the workforce is expected to continue growing in the second half of the year.

With the acquisition of Dutch utility Essent N.V., RWE will be taking a significant step towards further growth in the European energy market. Having obtained acceptance from 100% of Essent shareholders and clearance from the EU Commission, RWE intends to close the deal in the third quarter of the year. Preparations are being made to solve the issue of transferring Essent's shares in the Borssele nuclear power plant.

Even without the Essent transaction, external revenue and earnings for 2009 are still expected to match the level of last year. However, RWE is anticipating substantial extra pressure on power generation compared to 2008, as a result of higher fuel costs and lengthier maintenance periods for its two power plant units in Biblis. EBITDA will be of the same order as last year (€8,773 million including operating income from investments), as will the operating result of the Group (€6,826 million last year) and recurrent net income (€3,367 million last year). Measures to enhance efficiency and reduce costs by €450 million in 2009 as compared to 2006 are proceeding according to plan.

This press release contains forward-looking statements regarding the future development of the RWE Group and its companies as well as economic and political developments. These statements are assessments that we have made based on information available to us at the time this document was prepared. In the event that the underlying assumptions do not materialise or additional risks arise, actual performance can deviate from the performance expected at present. Therefore, we cannot assume responsibility for the accuracy of these statements.