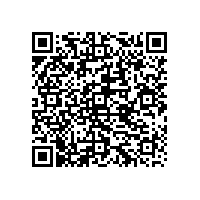 RWE remains on course for success in 2010

(PresseBox) ( Essen, 10-11-11 )
In the first three quarters of 2010, RWE improved its operating result by 11% compared to the same period in 2009. Recurrent net income - the basis for determining the dividend - also rose by 11%. The first-time consolidation of Essent as well as the sound earnings posted by the German electricity generation business contributed to this result. The operating result recorded by RWE Supply & Trading displayed much weaker development compared to the unusually high level achieved a year earlier. Overall, RWE confirms its earnings outlook for 2010.

However, the Group expects that substantial burdens will arise in the coming years. These will include the state-imposed requirements on nuclear power plant operators in Germany. "We will face difficult times. We must 'weatherproof' ourselves for this", said Dr. Juergen Grossmann, CEO of RWE AG. The German Lower House (Bundestag) and federal government not only voted to extend the operating lifetime of nuclear power stations but also decided to introduce a tax on nuclear fuel. From 2011 onwards, the tax will reduce RWE's operating result by an average of €600 to €700 million per year.

Rising demand for electricity and gas

In the first three quarters of 2010, RWE produced 162 billion kilowatt hours (kWh) of electricity.
In the Germany Division, which produced three quarters of RWE's electricity, generation rose by 14% to 121 billion kWh, primarily due to the increased availability of the Biblis nuclear power station. In addition, much greater use was made of contractually secured hard coal-fired power stations than in the same period of 2009.

Compared to the same period last year, electricity sales volumes rose by 8% to 224.8 billion kWh. This increase includes the effect of Essent sales and also the greater demand for electricity triggered by the economic recovery, above all in Germany. Gas sales increased by 31% to 274 billion kWh. Excluding Essent, they would have increased by 5%. RWE Supply & Trading sold considerably more gas outside the Group than in the same period of 2009.

Revenue and earnings up

The Group generated external revenue of €38.5 billion in the first three quarters of 2010 - an increase of 14% year on year. Essent contributed to this rise, while lower gas sales prices had a counteracting effect. Earnings also improved. EBITDA rose by 14% to €7.9 billion and the operating result by 11% to €6.1 billion. Net of major consolidation and exchange rate effects, EBITDA improved by 5% and the operating result by 4%. German electricity generation and the Czech gas sales business made an especially large contribution to the good earnings performance. In the first three quarters, recurrent net income totalled €3.2 billion - making it 11% higher than in the same period last year.

In energy trading, RWE Supply & Trading was unable to match the very good performance displayed in 2009. Furthermore, earnings recorded by the gas midstream business were down considerably, as realisable sales prices are, in some instances, much lower than the oil-indexed procurement costs. As a consequence, RWE has taken some precautionary measures for its Czech gas business. The Group expects to face substantial risks in this context in the coming financial years. RWE is currently conducting renegotiations with gas suppliers in order to achieve adjustments in the oil-indexed purchase agreements. The result of these negotiations will have a decisive effect on the medium-term earnings of the gas midstream business.

Capital expenditure on property, plant and equipment and headcount increased

Spending on financial assets decreased substantially after the completion of the Essent transaction, but capital expenditure on property, plant and equipment rose by 8% to just under €4 billion compared to the same period last year. Expansion and modernisation of the Group's electricity generating capacity continue to be the main investment priority. In addition, RWE is investing in the improvement of its network infrastructure, above all in Germany.

RWE confirms its positive performance outlook for the current fiscal year. Apart from the firsttime consolidation of Essent, the main contributors will be the increased availability of the Biblis nuclear power plant and lower prices for procurement of fuels and CO2 emission allowances. For 2010 as a whole, RWE is anticipating an increase of 5% to 10% in EBITDA compared to 2009, with its operating result and recurrent net income growing by approximately 5%.

Recommend RWE remains on course for success in 2010 press release