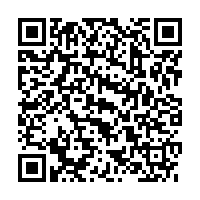 The RWE Group continued to improve its earnings in fiscal year 2008. The operating result rose by 4% and recurrent net income by 13%. The proposed dividend for 2008 is €4.50 per share, which represents a payout ratio of 71% of recurrent net income. For the current fiscal year 2009, the Group is forecasting stable earnings. RWE is raising its mid-term targets. Depending on the future development of electricity prices, the Group plans to increase its operating result by an average of 5 to 10% annually to 2012, rather than 5% as previously forecast.

Employment levels remain high. After adding 2,500 employees last year, RWE is anticipating stable positive Group workforce development in 2009. The solid earnings position will enable the Group to continue its substantial investment in the modernisation and expansion of energy infrastructure. Despite the difficult economic environment, RWE is maintaining its existing investment programme. This entails capital expenditure on property, plant and equipment of, on average, €6.5 billion annually through to 2012. The Group will be investing more in climate protection and security of supply. In the process, tens of thousands of jobs will be secured with subcontracting companies.

Due to the decline in oil prices, the price of gas for RWE consumers in Germany will fall by around 12% from 1 April 2009. Including the price reduction in January, this represents a decrease of up to 18% since the start of the year. There is an upward trend in customer numbers. In the period from July to December 2008, RWE saw a net gain of over 80,000 residential electricity customers in Germany. The new product "ProClimate Power 2011", featuring a three-year price guarantee, has also been successful, with some 200,000 customers already signed up by the end of January.

External revenue up 15% year on year

The RWE Group generated external revenue of €49 billion in fiscal 2008. This represents a 15% gain over the previous year. Excluding currency and consolidation effects, Group earnings grew by 18%.

EBITDA rose by 5% to €8.3 billion, and the Group increased its operating result by 4% to €6.8 billion. RWE saw gains in particular in its German power generation business. The company benefited from the reinstatement of the Biblis nuclear power plant, although a significantly reduced allocation of CO2 allowances and the grid fee cuts in Germany exerted downward pressure on the result.

Recurrent net income - or net income adjusted to exclude non-operating special effects - is the key determinant of the RWE Group's dividend policy. In 2008 recurrent net income rose by 13% year on year to €3.4 billion. The Executive and Supervisory Boards of RWE AG are proposing a dividend of €4.50 per share for fiscal 2008 to the Annual General Meeting.

Capital expenditure on property, plant and equipment increases by 30%

RWE continues to pursue the largest-ever investment programme in the history of the Group, with a total of €5.7 billion invested last year. American Water capex is no longer included in this figure. RWE invested some €4.5 billion in property, plant and equipment in 2008. Net of American Water, this represents an increase of 30% year on year. As a result, RWE ranks among Europe's largest private investors.

At the end of the fiscal year, the RWE Group employed 65,908 people, 60% of whom worked in Germany. This means the workforce grew by 2,500 employees, or 4% year on year. RWE created new jobs in particular within its power generating company, RWE Power, and its renewables company, RWE Innogy. RWE npower also experienced strong growth in its sales and customer service teams. The Group continues to provide vocational training well in excess of its own needs. As of 31 December 2008, some 3,000 young people were learning a profession at RWE.

The RWE Group set up a central research and development division in April 2008. In the past fiscal year, 330 employees were engaged in research and development work, 22% more than in the previous year. This increase is primarily attributable to new projects undertaken in the various Group companies, such as the electro-mobility pilot launched in Berlin with Daimler AG, the algae project, and the "ReaPlus" high-performance flue gas scrubbing system at the Niederaussem power plant. The main focus is the development of the climate-friendly 450 MW coal-fired power plant with CO2 capture and storage (CCS). RWE intends to substantially boost expenditure on research and development and has increased the annual budget to more than €100 million. Investment costs for the CCS power station are not included in this figure.

Despite the unfavourable economic conditions, RWE is anticipating further growth in fiscal 2009. The external revenue of the RWE Group is expected to be higher in 2009 than in 2008 and EBITDA, the operating result and recurrent net income are expected to be on a par with last year's figures.

RWE is confident that it will be able to exceed its former mid-term earnings target despite the current economic crisis. However, this is based on the condition that the current recession will not have a long-lasting negative impact on wholesale electricity prices.

By 2012, the company plans to increase the operating result by an annual average of 5 to 10% (instead of the previous target of 5%). This increase does not include the planned acquisition of Essent. In view of the substantial fluctuation in wholesale electricity prices, the company is basing its forecast on the expectation of an average realised German electricity price of at least €60/MWh during this period. On this basis, RWE expects to increase its recurrent net income in the order of 10% per annum on average (formerly 5 to 10%) through to 2012. To achieve this target, the RWE Group is planning measures to reduce costs and increase revenue in order to gradually improve annual earnings by 2012 compared with 2006 by a total of €1.2 billion (previously €600 million by 2010). The company aims to have achieved €450 million of this total by the end of the current fiscal year.

This annual report contains forward-looking statements regarding the future development of the RWE Group and its companies as well as economic and political developments. These statements are assessments that RWE has made based on information available to the company at the time this document was prepared. In the event that the underlying assumptions do not materialise or additional risks arise, actual performance can deviate from the performance expected at present. Therefore, RWE cannot assume responsibility for the accuracy of these statements.