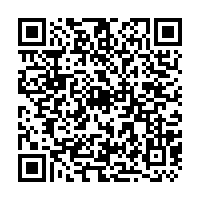 RWE has remained on its successful course in the first half of 2010 and is steering towards a good endofyear result. By midyear, the operating result had increased by 21% year on year to almost €5 billion. Recurrent net income - the key determinant of the dividend - rose by 23% to €2.7 billion. RWE achieved an increase in EBITDA of 22% to almost €6.2 billion. External revenue grew by 12% to €27.4 billion in the first six months. On this basis, RWE confirms its earnings forecast for fiscal 2010 of approximately 5% growth in both its operating result and recurrent net income. "This means our shareholders can continue to look forward to another attractive dividend", said Juergen Grossmann, CEO of RWE AG.

In a generally uncertain environment in the energy industry, RWE is confronted not only with the German government's plans to introduce a nuclear fuel tax, but also with continuing uncertainty about the announced energy concept. For this reason, the Group now has to review its mediumterm goals up to and including 2013. "Such a tax would substantially diminish our earnings power - and thus our financial scope for investment in renewables, lowcarbon power stations and smart grids", Grossmann stated. He added that policymakers have promised to make clear statements about the future of nuclear energy in Germany and to integrate this technology into a viable energy concept. "This is urgently needed for our longterm investment plans", said Grossmann.

RWE announced its mediumterm goals in February of this year. These included its intention for the dividend to remain within a range of 50 to 60% of recurrent net income and to at least match the previous year's dividend for each fiscal year up to and including 2013. In view of the growing political risks and burdens, however, RWE will now have to review both its mediumterm goals and its investment plans.

The Group's earnings improved once again in the first half of 2010 - not only as a result of the firsttime inclusion of Essent, but also in operating terms. The main drivers were the higher availability of the Biblis nuclear power station and earnings improvements achieved by Eastern European activities. As expected, the operating result of RWE Supply & Trading remained well below that of last year as there had been positive oneoff effects on its gas midstream operations in 2009. Additional burdens arose from the fact that sales prices for gas were in some cases considerably lower than procurement prices.

Net of any consolidation and exchange rate effects, EBITDA rose by 9% and the operating result by 10%. Despite the good operating performance, net income decreased due to the substantial negative impact the recognition of certain derivative transactions to hedge commodity positions had on the nonoperating result. However, these earnings effects will be neutralised later on. Recurrent net income per share was €5.15 or nearly one euro up on the already high figure achieved in the first half of 2009.

€2.5 billion invested in capital expenditure on property, plant and equipment

RWE increased its investment in property, plant and equipment by 17% to €2.5 billion. As this figure exceeds cash flow from operating activities, RWE is posting a negative free cash flow for the first half of 2010. Capital expenditure on property, plant and equipment is currently primarily earmarked for the expansion of lowcarbon generating capacity in its core markets and for renewables, with the main focus on wind and biomass. RWE Dea will be investing USD3.6 billion in new gas fields off the Mediterranean coast of Egypt over the next two decades. This will be the single largest investment in the history of RWE Dea. Production is scheduled to start in 2014.

The economic recovery is expected to continue to strengthen within the current fiscal year. The Group is anticipating growth in sales volumes in all RWE electricity and gas markets. On this basis, RWE reaffirms its forecast for 2010. The high growth rates experienced in the first half of the year cannot, however, be extrapolated to the fiscal year as a whole. One of the reasons for this is the fact that the positive consolidation effect of Essent will diminish in the second half of the year, since the Dutch company was consolidated as of 30 September 2009. Furthermore, due to the seasonality of its operations and other special effects, Essent generated the majority of its earnings in the first half of the fiscal year. The pace of growth is also expected to slow down in the markets of Central-Eastern and South-Eastern Europe.

This press release contains forwardlooking statements regarding the future development of the RWE Group and its companies as well as economic and political developments. These statements are assessments that we have made based on information available to us at the time this document was prepared. In the event that the underlying assumptions do not materialise or additional risks arise, actual performance can deviate from the performance expected at present. Therefore, we cannot assume responsibility for the accuracy of these statements.