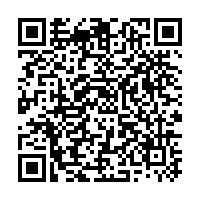 Operating result for the first half down 11% year on year / Net debt reduced to €25.6 billion / Considerable increase in earnings at RWE Innogy

(PresseBox) ( Essen, 15-08-13 )
During the first half of 2015, RWE's EBITDA fell, in line with expectations, by 7% year on year to €3.2 billion, while its operating result was down 11% to €2.0 billion. The main contributing factor was the continued decline in margins in conventional electricity generation. Energy supply showed a positive trend, contributing €614 million Europe-wide to the operating result (previous year: €589 million). Here, gas sales were positively influenced by the normalisation of temperatures compared to the very mild weather in the same period last year. However, a counteracting effect was felt by burdens caused by unexpected operational and technical problems in the UK supply business.

Adjusted net income (previously: recurrent net income) was down 28% to €543 million. Besides the weaker operational earnings, this can also be attributed to an unusually high effective tax rate. External revenue was largely unchanged, at €25.1 billion.

Investments in renewable energy pay off

The Renewables Division posted a marked improvement in earnings. RWE Innogy's operating result of €233 million was considerably higher than last year's figure (€81 million). The main contributing factor here was the commissioning of new wind farms: "We passed some important milestones in the second quarter with the completion of our Nordsee Ost and Gwynt y Môr offshore wind farms," said CEO of RWE AG, Peter Terium. "And we will continue on this path. These new facilities increase the prospect of our renewables subsidiary RWE Innogy doubling its operating result this year."

Significant decrease in net debt due to sale of RWE Dea

As at 30 June 2015, the RWE Group's net debt amounted to €25.6 billion, considerably down on the figure reported on 31 December 2014 (€31.0 billion). This can be attributed mainly to proceeds from divestments, particularly the sale of RWE Dea. The rise in discount rates for pension provisions, reflecting the change in market interest rates, also had a debt-reducing effect. Furthermore, the issueance of two hybrid bonds with a total volume of €1.25 billion in April contributed to the reduction in debt: in line with the approach taken by the rating agencies, only half of hybrid capital is allocated to net debt.

Electricity generation up 2% year on year

In the first half of 2015, the RWE Group produced 101.8 billion kilowatt hours (kWh) of electricity, 2% more than in the same period last year. One contributing factor was the new hard coal-fired power station in Eemshaven, the Netherlands, with a capacity of 1,554 megawatts (MW), both units of which have been in commercial operation since 1 May and 1 July 2015, respectively. The expansion of wind power capacity and high wind levels also contributed to the increase in electricity production. This was offset to some extent by the fact that a number of long-term dispatch agreements for hard coal-fired power stations expired in 2014.

During the first six months of the year, the RWE Group supplied 128.6 billion kWh of electricity to external customers, which was almost on a par with the previous year's level. While sales to industrial and corporate customers increased thanks to success in winning new customers, for example, volumes supplied to German distributors declined.

Gas sales were up 13% to 167.4 billion kWh, which was mainly the result of a weather-related increase in gas consumption compared to the previous year.

At €1.2 billion, the RWE Group's capital expenditure was down 21% year on year. Investments in the Conventional Power Generation Division experienced a sharp decline, since less had to be spent on the two new hard coal-fired power stations in Eemshaven and Hamm. Capital expenditure in the Renewables Division also showed a significant decline, and was focused among other things on the new offshore wind farms Nordsee Ost (295 MW) and Gwynt y Môr (576 MW).

As at 30 June 2015, RWE employed 58,717 people (converted to full-time positions), 1,067 fewer on balance than at the end of 2014. This was mainly due to efficiency measures, especially in the Conventional Power Generation Division. The sale of RWE Dea, completed in March, has had no effect on headcount in 2015, as its employees have not been included in the consolidated figures since mid-2014.

The outlook for RWE's business performance this year, as published in March and confirmed in May, continues to apply, with one exception: the UK supply business will close the year significantly below last year, even though a moderate improvement in earnings had previously been expected. Nonetheless, the overall outlook at Group level is confirmed: for 2015 the Group still anticipates EBITDA of between €6.1 and €6.4 billion and an operating result of between €3.6 and €3.9 billion, with adjusted net income likely to be in the range of €1.1 to €1.3 billion.

This press release contains forward-looking statements regarding the future development of the RWE Group and its companies as well as economic and political developments. These statements are assessments that RWE has made based on information available to the company at the time this document was prepared. In the event that the underlying assumptions do not materialise or additional risks arise, actual performance can deviate from the performance expected at present. Therefore, RWE cannot assume responsibility for the accuracy of these statements.