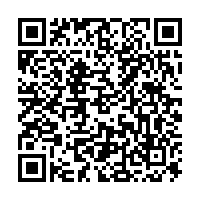 1,575 MW power auctioned in total / Quarterly auctions will continue in 2009

They purchased the complete lot of nearly 400 MW power on offer for delivery next year. The auction itself, which was again conducted by an independent firm of auctioneers, CRA International, and monitored by an independent trustee, lasted several rounds. The successful bidders were sent a detailed account of the outcome.

By the end of the auction, the price had reached ¤78.70 per MWh for the base-load product for 2009. ¤88.99 per MWh was the final price for the profiled product, which is a combination of base-load and peak-load power for 2009. On the day of the auction, 15 October 2008, the baseload product was being traded at the European Energy Exchange for ¤79.30 per MWh.

At quarterly auctions until 2011, RWE will sell an annual amount of 1,600 MW from hard-coal and lignite power plants to European industrial customers for supply throughout the year following the auction. This is the equivalent to power from 6,300 MW or a total volume of 46,000 GWh, which is almost as much as RWE's annual sales to industrial customers in Germany.

The next RWE power auction for delivery in 2010 will be held in mid-February 2009. More information is available from www.rwe-stromauktion.de.

Expert for Cryogenics in the Pharmaceutical Industry