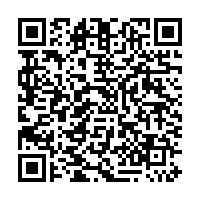 - Peter Terium to be CEO of both RWE AG and the new subsidiary until successful IPO
- Supervisory Board also approves appointment of Bernhard Günther and Uwe Tigges to the new company in addition to their current mandates
- Subsequent management of RWE AG already determined: Rolf Martin Schmitz to become CEO, Markus Krebber CFO

The management team of RWE’s new subsidiary, which will pool the renewables, grids and retail activities in Germany and abroad, has been formed. The Board consists of six members.

Peter Terium as Chief Executive Officer, Bernhard Günther as Chief Financial Officer and Uwe Tigges as Chief Human Ressource Officer (CHO) and Labour Director will manage the company in addition to their current functions with effect from 1 April 2016. Terium and Günther will remain in their positions at RWE AG until the successful IPO. Tigges will additionally remain CHO and Labour Director of RWE AG until the end of April 2017. By then, the transfer of workforce between RWE AG and the new company as well as other topics relevant to employee representation are scheduled to be completed. The RWE AG Supervisory Board unanimously agreed with this approach today.

The Executive Board of RWE AG also presented to the Supervisory Board today the names of those who will take on the three operational Board positions at the new subsidiary, thus completing the six-person board:

- Martin Herrmann, currently Chairman of the Board of Directors of RWE East, s.r.o. of and since October 2015 also CEO of the international retail business, will become Chief Operating Officer Retail with effect from 1 April 2016,

- Hildegard Müller, Chairwoman of the General Executive Management Board of the German Association of Energy and Water Industries (Bundesverband der Energieund Wasserwirtschaft – BDEW) until January 2016, will become Chief Operating Officer Grid with effect from 1 May 2016.

Manfred Schneider, Chairman of the Supervisory Board of RWE AG said: “For the time being, RWE AG and the new subsidiary are two companies under one roof, and this will remain the case at 100 percent until the IPO. It is thus only logical to put the management of both companies in the experienced hands of Peter Terium. The fact that Bernhard Günther and Uwe Tigges will also take on their existing mandates in addition to their future positions ensures that the structural adjustments will be made in the interests of both parts of the Group until the successful IPO of the new company.”

Peter Terium, CEO of RWE AG, adds: “We have a lot of work to do before the new subsidiary will be listed on the stock market. My top priority during this period as CEO of both companies will be to shape the separation process that is necessary for the IPO in a responsible manner. This includes treating our employees fairly, regardless of whether they remain with RWE AG or whether they move to the new company. We will also ensure that the operating business continues to run seamlessly. All of this presents a great challenge, but with my current and new Board colleagues at RWE AG and at the new company, I know I have a strong team working with me.”

The four-member Executive Board of RWE AG will remain unchanged until the successful IPO. However the different areas of responsibility are already being adapted to suit the future structure after the IPO: Peter Terium is now responsible for the renewables, grids and retail activities among other things, while Rolf Martin Schmitz is focussing on conventional power generation and RWE Supply & Trading GmbH. In the interest of long-term certainty, the Supervisory Board of RWE AG has already laid down the key cornerstones for the future management of RWE AG:

After the successful IPO of the subsidiary, Terium and Günther will resign from their respective Board positions at RWE AG. Rolf Martin Schmitz will then become CEO of RWE AG. To ensure sufficient and long-term planning certainty for the restructuring of the Group and in particular for the generation business and its employees, the Supervisory Board has taken the necessary decisions to appoint Schmitz as member of the Executive Board of RWE AG until 30 June 2021, i.e. one-and-a-half years longer than previously planned. The Supervisory Board has named Markus Krebber, currently Chairman of the Board of Directors and CFO of RWE Supply & Trading GmbH, as Bernhard Günther’s successor. Uwe Tigges’ double mandate for RWE AG is scheduled to be terminated as mentioned above with effect from 30 April 2017 at the latest, regardless of the date of the IPO.

RWE AG will act as a management holding for RWE Generation SE and RWE Supply & Trading GmbH; it will manage the new subsidiary as a purely financial shareholding (hybrid model).

Schneider explained: “With the listing of the new company on the stock market, independent Group parts will be created which will act without constraints in their respective business fields. RWE AG will benefit from the success of its new subsidiary as it will be the largest shareholder. I am glad that the decisions taken have enabled us to guarantee long-term management continuity at RWE AG, also in the phase after the IPO. Both companies need strong and experienced leaders in order to be successful in a difficult environment.”