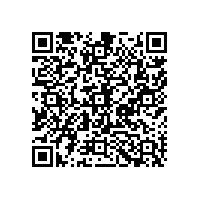 (PresseBox) ( Hamburg, 09-09-10 )
ROCCAT(TM) , the Hamburg-based manufacturer of professional gaming accessories, presented the first product from its Smart Desktop Management System (SDMS) last July in the form of the ROCCAT(TM) Apuri USB-Hub with Mouse Bungee. With the ROCCAT(TM) Sota Granular Mousepad, there now follows a compact mousepad which unites the properties of both a hard and a soft pad in one mousepad. The granular surface makes the mouse appear weightless and the soft backing provides comfort and grip. A metal film is integrated between these two layers which makes the new ROCCAT mousepad the perfect pad for both optical and laser mice thanks to its high level of reflectivity. At the same time, the metal film helps give the ROCCAT Sota a characteristic metallic shimmer.

Along with the mouse, the mousepad plays a key role in delivering the highest level of precision and real accuracy in the game. The Sota mousepad is one of the first mousepads to combine a hard granular plastic surface with an ultra soft, flexible backing. The granular surface offers extremely low frictional resistance, thereby providing the best conditions for fast and precise mouse movements. In addition, the soft backing doesn't just offer a certain amount of padding - it also provides that all important grip. The ROCCAT Sota lies completely flat on the desktop and thanks to the non-slip backing remains rooted to it. What's more, the surface is extremely easy to clean.

Integrated between the hard and soft layers of the mousepad is a thin metal film. On the one hand this gives the mousepad a discreet metallic shimmer which also sets this pad apart from the others in terms of looks. On the other hand this film noticeably improves the tracking characteristics of optical and laser mice - the metal film reflects the light back without distorting it in any way thereby providing outstanding tracking and precise aiming.

The ROCCAT(TM) Sota has the angular shape that is characteristic of the SDMS. The cut-out on the lower side of the pad serves as a wrist cut-out for gamers who don't want to rest their hand on the pad, plus provides additional room for movement by increasing the radius of the gliding area. In addition, the compact shape ensures optimal use of desktop space.

With the ROCCAT(TM) Smart Desktop Management System (SDMS), the Studios are presenting an innovative concept which allows the typical gamer desktop to be organized perfectly. SDMS products are a byword for pure performance coupled with unique functionality and an ingenious, aggressively-angular and at the same time simple design.

The range of perfectly coordinated accessories comprises four components, each available separately, but which make an unbeatable set when put together.

The ROCCAT(TM) Sota Granular Gaming Mousepad is available in blue and black now from retailers across Europe. The RRP is €22.99.

FEATURES AT A GLANCE

- GRANULAR SURFACE for improved gliding characteristics and better mouse movements
- INTEGRATED METAL FILM outstanding tracking characteristics thanks to the integrated metal film
- HARD'N'FLEXIBLE combination of hard surface and soft backing - not just for high-sense-gamers
- STRIKING SHAPE nifty gliding area thanks to the wrist cut-out on the lower side of the pad
- HIGH QUALITY MATERIALS space-saving dimensions: measures 350x 270mm and is just 3mm thick
- EASY-TO-CLEAN SURFACE allows anything that causes friction to be wiped away

Uusi lumi on vanhan surma. The new snow is the death of the old - an old Finnish proverb. ROCCAT is the snow storm in the gaming industry. Industrial designers, technical engineers and software developers work together on the development of perfect input devices for ambitious computer gamers at the ROCCAT Studios in Hamburg and the Far East. The ROCCAT(TM) Kone Gaming Mouse, the ROCCAT(TM) Sense Mousepad and the ROCCAT(TM) Taito Mousepad are the first range of products from ROCCAT Studios Hamburg.