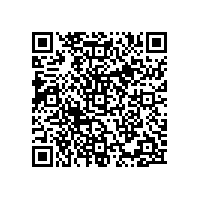 (PresseBox) ( Hamburg, 09-07-09 )
ROCCAT(TM) , t he young Hambur g-based manufactur er of professional gaming accessor ies, this week presented an innovat ive concept called the Smar t Desktop Management System (SDMS). SDMS is a series of per fect ly coordinated products character ized by pure performance combined with unique funct ionality and an ingenious, aggressively-angular and at the same t ime simple design. The basic idea behind the SDMS is to enable opt imum use of desktop space to be made by means of a compact design while r et aining t he component s? full funct ionality - and in doing so deliver the necessary freedom of movement that is cr it ical for relaxed and focused gaming.

The SDMS will compr ise a total of four products, each of which is available separately. When they interact, the SDMS makes an unbeatable set - and it demonstrates its full strength.

René Kor t e, M anaging Dir ect or of ROCCAT: "SDM S is a logical cont inuat ion of our line. We want to provide gamers with really useful products which win us over and which per fect t he game wit h t heir funct ions. Apur i is just t he st ar t !"

The ROCCAT(TM) Apur i Act ive Hub wit h M ouse Bungee plays a key r ole in br inging or der to devices and their cables direct ly on the desktop. Thanks to the four fully powered USB ports, which are each supplied with 2A of cur rent , USB devices such as external hard dr ives, USB st icks, cameras, cell phones or MP3 players can easily be connected without requir ing separate AC adapters. This reduces the number of cables and allows devices to be ar ranged clear ly, quickly and, above all, within reach.

The mouse bungee takes care of the mouse cable: the flexible mount guides the cable out of the way of the mouse?s dir ect gliding ar ea t her eby pr event ing t he cable fr om snagging either on the mouse itself or on the mousepad - it even eliminates the pr oblem of t he cable r ubbing annoyingly on t he deskt op. It feels as if you?r e gam ing using a wir eless mouse - but without the delay in response or long charging t imes.

It goes without saying that this pract ical, compact sidekick is also in keeping with the ROCCAT-style of design, and its unique t r ipod shape gives an impression r ight from the first glance as to what the angular stealth-look is all about . In addit ion t he ROCCAT(TM) Apur i casts an atmospher ic aura onto any desktop with its ice blue under lighting.

The ROCCAT(TM) Apuri is available now from European retailers. The RRP is €39.99. Apur i is a Finnish wor d t hat means "sidekick?.

Uusi lomi on vanhan surma. The new snow is the death of the old - an old Finish proverb. ROCCAT is the snow storm in the gaming indust ry. Industrial designers, technical engineers and software developers work together on the development of perfect input devices for ambitious computer gamers at the ROCCAT studios in Hamburg and the Far East. The ROCCAT(TM) Kone Gaming Mouse, the ROCCAT(TM) Sense Mousepad, the ROCCAT(TM) Taito Mousepad, the ROCCAT(TM) Vir e M obile Communicat ion Gaming Headset and t he ROCCAT(TM) Tusko Flatscreen Bag are the first range of products r eleased by ROCCAT Studios Hamburg.