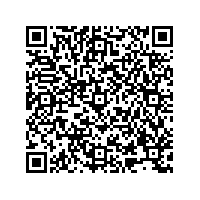 Subscribe to news
(PresseBox) ( Hamburg, 15-09-16 )
Senvion, one of the world's largest manufacturers of wind turbines, erected its 2,000th onshore wind turbine in Germany. The 2,000th turbine, a Senvion 3.4M114 NES, forms part of the Behrendorf wind farm in Schleswig-Holstein – 15 kilometres north-east of Husum. Together, the 2,000 turbines generate over 2,565,000 kW per year on average – enough power to supply all 2.5 million private households in the whole of Schleswig-Holstein, Mecklenburg-Western Pomerania and Bremen with renewable energy.

The 2,000 turbines cover all of the models available since Senvion was founded across 14 German federal states. Andreas Nauen, CEO of Senvion, says: "For some time now, wind energy has no longer been restricted exclusively to nearshore areas. The progress in terms of technology is also reflected in the expansion figures: from Bavaria to Schleswig-Holstein, energy is being produced profitably using wind power. Schleswig-Holstein has always been a role model in this respect – on both a national and an international scale." Senvion is the market leader in Schleswig-Holstein with 567 installed onshore wind turbines.

At the Behrendorf wind farm, four Senvion 3.2M114 wind turbines as well as the company’s 2000th turbine, a 3.4M114 NES, have been erected with a hub height of 93 metres each. Senvion introduced the electrical system NES in April at the HANNOVER MESSE 2015. Hendrik Böschen, Managing Director of Senvion Deutschland, says: "The Senvion 3.4M114 offers optimum yield at locations with average wind speeds. Equipped with our NES system, it already meets the grid requirements of tomorrow, today. Our 2,000th onshore wind turbine in Germany lays the foundations for the wind turbine of the future – profitable, reliable and grid-compatible." The Senvion 3.4M114 is equipped with vortex generators. This addition ensures better rotor performance, as the airflow is guided along the blades for longer.

In the first half of 2015, Senvion was the second-largest onshore wind turbine manufacturer in Germany with a total installed capacity of 285 megawatts. The company has already erected over 6,000 wind turbines around the world and is constantly furthering its development to continuously optimise its turbines to meet the highest quality requirements.

Senvion is one of the world's leading manufacturers of onshore and offshore wind turbines. The international mechanical engineering company develops, produces and markets wind turbines for almost any location - with rated outputs of 2 MW to 6.15 MW and rotor diameters of 82 metres to 152 metres. Furthermore, the company offers its customers project specific solutions in the areas of turnkey, service and maintenance, transport and installation, as well as foundation planning and construction. The profitable and reliable systems are designed at the Senvion TechCenter in Osterrönfeld and manufactured at its German plants in Husum (North Friesland), Trampe (Brandenburg) and Bremerhaven, as well as Portugal and Canada. With approximately 3,700 employees worldwide, the company - headquartered in Hamburg - makes use of the experience gained from the manufacture and installation of more than 6,000 wind turbines around the world. Senvion is represented by distribution partners, subsidiaries and participations in European markets such as France, Belgium, the Netherlands, the UK, Italy, Romania, Portugal, Sweden, and Poland as well as on a global level in the USA, China, Australia and Canada.