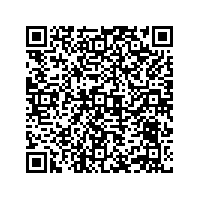 Subscribe to news
(PresseBox) ( Hamburg, 17-05-08 )
Senvion, a leading global manufacturer of wind turbines, has announced that the contract for the Trianel Windpark Borkum II has been concluded and is now effective. The notice to proceed was confirmed at the end of April with Trianel Windkraftwerk Borkum II GmbH & Co KG (TWB II).

The conditional contract for the turbine delivery and service for the Trianel Windpark Borkum II (TWBII) offshore project was signed in September 2016. With the contract completion achieved, the project can now enter the next phase of development. The TWBII offshore wind farm will consist of 32 Senvion 6.2M152 turbines with a power upgrade, and will be installed in a water depth of 25 to 35 meters. The wind farm will produce around 800 million kilowatt-hours of electricity every year, enough to supply around 210,000 households annually. The wind farm is planned to be installed 45 kilometers north of the island Borkum in the German North Sea. It will be located close to the alpha ventus wind farm, which started operations in 2009 and is equipped with six 5M 126 Senvion offshore turbines. The installation of the turbine components is planned for spring 2019.

Jürgen Geissinger, CEO of Senvion, said: "We are very pleased with the completion of this contract and the confidence the Trianel project-consortium has shown in our turbines. We look forward to a successful partnership together. It is particularly significant that Senvion has been awarded one of the last offshore projects under the current German feed-in tariff regime. This confirms our solid position in the offshore market and proves that our product developments and innovations continue to set standards in the cost-effective generation of offshore wind energy."

Klaus Horstick, Commercial Director of TWB II commented: "A half year after contract signing I am very pleased that we could successfully start the realization phase together with Senvion. From spring 2018 onwards the Trianel Windpark Borkum II will be installed in the North Sea and will expand the municipal offshore engagement."

Senvion is a leading global manufacturer of onshore and offshore wind turbines. The company develops, produces and markets wind turbines for almost any location - with rated outputs of 2 MW to 6.15 MW and rotor diameters of 82 metres to 152 metres. Furthermore, the company offers its customers project specific solutions in the areas of turnkey, service and maintenance, transport and installation, as well as foundation planning and construction. The systems are designed at the Senvion TechCenter in Osterrönfeld and manufactured at its German plants in Husum (North Friesland), Trampe (Brandenburg) and Bremerhaven, as well as Portugal. With approximately 4,500 employees worldwide, the company makes use of the experience gained from the manufacture and installation of more than 6,600 wind turbines around the world. The company's operational subsidiary Senvion GmbH is based in Hamburg and represented by distribution partners, subsidiaries and participations in European markets such as France, Belgium, the Netherlands, the UK, Italy, Romania, Portugal, Sweden, and Poland as well as on a global level in the USA, China, Australia, Japan, India and Canada. Senvion S.A. is listed on the Prime Standard of the Frankfurt Stock Exchange.