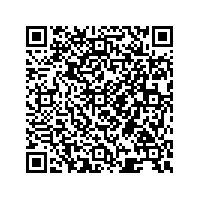 Subscribe to news
(PresseBox) ( Hamburg, 09-08-06 )
REpower Systems AG (WKN 617703) has just signed two contracts for the delivery of 31 wind energy turbines of the 2 megawatt type (total rated output: 63.55 MW) in total with two project companies, majority-owned by TRE&P, a subsidiary of Tozzi Holding.
Furthermore, there is an option of a further 18 turbines.

The turbines are destined for two wind farm projects in Italy: At Savignano Irpino wind farm (Puglia region), 20 REpower MM92 turbines are planned to be installed. Additionally, an option for a further 18 has been agreed upon. For the Monte Mimiani project in Sicily, REpower will deliver eleven turbines of the same type. The construction work is planned to begin in the summer of next year, the commissioning shall take place before the end of 2010.

In both regions, REpower has already installed several wind farms through its Italian subsidiary REpower Italia S.r.l. In Puglia, 93 REpower turbines are already producing energy. 25 are in operation in Sicily, a further 15 are currently under construction. In both Puglia and Sicily, REpower has service centres.

Carlo Schiapparelli, Managing Director of REpower Italia S.r.l,, comments on the signing of the contract: "Tozzi Holding, with its subsidiaries, has already implemented several wind farm projects and is an experienced and technically skilled partner in the field of energy supply. Therefore, I am delighted that we have won Tozzi as a new client. We hope to strengthen this co-operation in the future."

REpower Systems AG is one of the leading manufacturers of onshore and offshore wind turbines. The international mechanical engineering company develops produces and markets wind turbines with rated outputs of 2 MW to 6.15 MW and rotor diameters of 82 metres to 126 metres for almost any location. In addition to this, it offers an extensive range of service and maintenance services. The profitable and reliable systems are designed at the REpower development centre in Rendsburg and manufactured at its Husum(North Friesland), Trampe (Brandenburg) and Bremerhaven plants.

The company, which is headquartered in Hamburg and has been listed since March 2002, has over 1,800 employees worldwide and can draw on experience gained in the manufacture and installation of almost 2,000 wind turbines worldwide. REpower is represented by distribution partners, subsidiaries and participations in European markets such as France, Belgium, Great Britain, Italy, Portugal and Spain as well as on a global level in the USA, Japan, China, Australia and Canada.