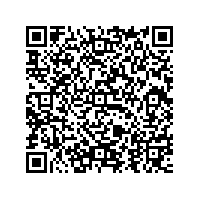 REpower hits 1 GW in the UK with latest supply contracts

Subscribe to news
(PresseBox) ( Hamburg/Edinburgh, 12-07-23 )
REpower Systems SE has signed projects with an overall capacity of more than 1 GW in the UK following today's announcement of a further five onshore contracts. In 2012 alone, the company has signed close to 200 MW in the UK. With a market share of 12 per cent in 2011 REpower is the UK's third largest wind turbine supplier.

The contracts announced today add a further 66 MW to REpower UK's fast growing portfolio. They include the supply of ten MM92 turbines - each with a rated output of 2.05 MW - for RidgeWind's wind farm at Wandylaw in Northumbria, North West England; and eight MM92 turbines for the Yelvertoft wind farm in Northamptonshire, Central England, developed by AES Wind Generation.

Andreas Nauen, CEO of REpower Systems SE, commented: "Reaching 1 GW of signed contracts is a huge achievement for us. REpower UK is enjoying a period of steady growth having signed contracts totalling 190 MW since the end of last year. I believe this demonstrates the growing reputation of REpower turbines in the British market, and is a solid indication that the wind sector remains in good health."

Rick Eggleston, Managing Director of the manufacturer's British subsidiary REpower UK, added: "We are delighted to be continuing our relationship with International Power as well as AES Wind Generation and RidgeWind, building on our already strong relationship with these key developers, and pleased to welcome Whirlwind as a new customer."

Richard Crosbie Dawson, Managing Director of FIM, and James Perkins, Director at Whirlwind Renewables, commented: "We are very pleased to be starting work at Wathegar. We look forward to working with REpower on the timely delivery of this project".

Steve Hunter, Project Director at AES Wind Generation, said: "We are very pleased to be starting work at Yelvertoft and to build on our existing relationship with REpower. We are confident in their ability to deliver, install and commission these turbines in line with the agreed programme."

Since its launch in 2004, REpower UK has delivered 39 onshore wind farms in Scotland, England and Wales and two offshore wind farms: Project Beatrice in the North Sea and its largest offshore contract to date, Ormonde wind farm in the Irish Sea. Owned by Vattenfall, this offshore wind farm consists of 30 REpower 5M wind turbines with a total rated output of 150 MW.

REpower Systems SE, a wholly owned subsidiary within Suzlon group, is one of the world's leading manufacturers of onshore and offshore wind turbines. The international mechanical engineering company develops, produces and markets wind turbines for almost any location - with rated outputs of 1.8 MW to 6.15 MW and rotor diameters of 82 metres to 126 metres. Furthermore, the company offers its customers project specific solutions in the areas turnkey, service and maintenance, transport and installation, as well as foundation planning and construction. The profitable and reliable systems are designed at the REpower TechCenter in Osterrönfeld and manufactured at its plants in Husum (North Friesland), Trampe (Brandenburg) and Bremerhaven as well as Portugal and China.

With more than 2,800 employees worldwide the company headquartered in Hamburg can make use of the experience gained from the manufacture and installation of over 3,800 wind turbines around the world. REpower is represented by distribution partners, subsidiaries and participations in European markets such as France, Belgium, the UK, Italy, Portugal, Sweden, Poland and Spain as well as on a global level in the USA, China, Australia and Canada.