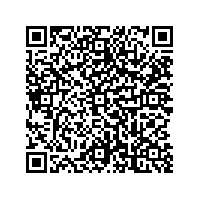 Subscribe to news
(PresseBox) ( Hamburg, 08-05-09 )
ENEL, the biggest utility in Italy and second biggest in Europe, has officially announced that it has chosen German wind turbine manufacturer REpower Systems AG (WKN 617703) as supplier for wind farm projects in France and Italy with a total output of 263 MW. In 2007, ENEL had called for tender which comprises various wind farm projects in Italy, France and Spain with a total rated output of 543 MW. On 25 February this year, REpower submitted a bid to ENEL for the tender. ENEL has now announced that REpower has won all lots in France (158 MW total output) and 105 MW in Italy.

The wind farms are planned to be equipped with the 2-megawatt wind turbine REpower MM92. The production and installation period for the projects in France and Italy is scheduled from 2009 to 2011.

After the signing of the contract which is expected to take place in June, the projects will be handled by REpower Systems AG's respective subsidiaries in France(REpower S.A.S.) and Italy (REpower Italia Srl.).

REpower CEO Per Hornung Pedersen states: "We are pleased having obtained 263 MW of the tender, which underlines both ENEL'S and REpower's will to establish a long-term partnership for European projects in the future."

Just in April this year, ENEL and REpower had signed a contract about 84 MW for various wind farm projects in France.

About Enel:
Enel the leading Italian power company and the second biggest utility in terms of installed capacity. It produces, distributes and sells electricity and gas across Europe, North America and Latin America. With 19,000 MW using renewable energy resources (hydro, geothermal, wind, solar and biomass) across the world, Enel is a world leader in the sector. In March 2008, Enel announced a 6.8 billion euro investment in renewable energy.