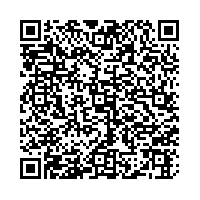 Subscribe to news
(PresseBox) ( Hamburg, 10-10-25 )
.
- EBIT improvement to EUR 34.3 million (+9.6%) despite decline in turnover
- Order volume increases by 61.3% to EUR 2.58 billion
- Today's Annual General Meeting to resolve dividend payment of EUR 1.57 per share and transformation of corporate form from an AG into an SE

In the first half of fiscal year 2010/11 (1 April - 30 September 2010) REpower Systems AG (Prime Standard, WKN 617703) generated a total performance of EUR 515.2 million and recorded a turnover of EUR 499.0 million according to provisional calculations. These figures correspond to a decline of around 16.5 and 18.2% respectively compared to the same period of the previous year (total performance: 617.0, turnover: 609.7). In contrast, earnings before interest and taxes (EBIT) improved from EUR 31.3 million to EUR 34.3 million. The order volume also developed positively rising by 61.3% to EUR 2.58 billion. During today's Annual General Meeting, the shareholders are, among other things, to vote on a dividend payment of EUR 1.57 per share and on the transformation of REpower to a European Company (Societas Europaea, SE).

Within the reporting period from 1 April to 30 September 2010, group turnover amounted to EUR 499.0 million (previous year: EUR 609.7 million). Total performance decreased from EUR 617.0 million to EUR 515.2 million. In contrast, earnings before interest and taxes developed positively and recorded an increase by 9.6% from EUR 31.3 million in the first half of fiscal year 2009/10 to currently EUR 34.4 million.

At the end of September 2010, the order backlog shows a contractually assured order volume of EUR 2.58 billion compared to EUR 1.6 billion at the previous year's record date. This corresponds to an increase by 61.3%. Accordingly, the order backlog increased from 1,307 MW (592 wind turbines) to 2,254 MW (864 wind turbines). The figures only contain delivery quantities that have been ordered obligatory within the framework of project contracts as well as release orders from framework agreements.

Today, the Annual General Meeting of REpower Systems AG takes place in Hamburg. Among other things, the payment of a dividend amounting to EUR 1.57 per share for the past fiscal year 2009/10 as well as the transformation of the corporate form - from a German Aktiengesellschaft (AG) into a European Company (Societas Europaea, SE) - are due for approval.

The publication of the final half year results and the complete six months' report will presumably take place on November 12, 2010.

REpower Systems AG, a Suzlon group company, is one of the leading manufacturers of onshore and offshore wind turbines. The international mechanical engineering company develops, produces and markets wind turbines with rated outputs of 2.05 MW to 6.15 MW and rotor diameters of 82 meters to 126 meters for almost any location. The company also offers a comprehensive portfolio of service and maintenance packages. The profitable and reliable systems are designed at the REpower TechCenter in Osterrönfeld and manufactured at its plants in Husum (North Friesland), Trampe (Brandenburg) and Bremerhaven as well as Portugal and China.

With more than 2,000 employees worldwide, the company, which has been listed since March 2002 and is headquartered in Hamburg, can make use of the experience gained from the manufacture and installation of around 3,000 wind turbines around the world. REpower is represented by distribution partners, subsidiaries and participations in European markets such as France, Belgium, the UK, Italy, Portugal and Spain as well as on a global level in the USA, Japan, China, Australia and Canada.