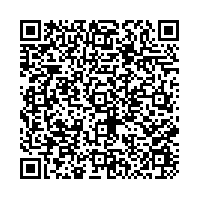 Subscribe to news
(PresseBox) ( Hamburg/Stockholm, 09-07-15 )
.
- Agreement for supply of 30 REpower 5M offshore turbines
- Construction of the "Ormonde" offshore wind farm in the Irish Sea by Vattenfall planned to commence in 2011

REpower Systems AG (WKN 617703) and Ormonde Energy Limited (OEL), a subsidiary of Vattenfall AB, concluded an agreement today on the supply of 30 REpower 5M offshore wind energy turbines with a total rated output of 150 megawatts. For REpower, this is the largest offshore agreement to date for the UK. The turbines are intended for the Ormonde wind farm, on which construction is to begin at the start of 2011 around 35 kilometers away from the town of Barrow-in-Furness on the northwest coast of England.

In 2007 the Ormonde Offshore Wind Farm in the Irish Sea received approval from the UK Government. Water depths at the location vary between 17 and 30 meters. The total of 30 REpower 5M turbine nacelles and hubs are to be manufactured at REpower's offshore manufacturing and logistics center in Bremerhaven and are intended for delivery from the end of 2010 onward.

The components will then be shipped to the Harland & Wolff shipyard in Belfast, Northern Ireland. Rotor blades and tower segments will also be transported to Belfast, where pre-assembly is planned. The turbines are then to be shipped out to sea using a jack-up platform, where they will be installed on jacket foundations. Construction will be carried out by Vattenfall and/or companies commissioned by Vattenfall AB; operation and test-phase monitoring will be carried out by REpower. Vattenfall AB also concluded an offshore service agreement with REpower for a total of five years' service and maintenance of the Ormonde wind farm.

Matthias Schubert, CTO of REpower Systems AG, said: "The conclusion of the Ormonde agreement is once again testament to the high level of confidence enjoyed by our offshore technology among customers across the world. We are delighted to supply 30 of our proven and reliable REpower 5M turbines to an offshore project of Vattenfall, one of the largest energy providers in Europe."

David Hodkinson, Head of UK Development for Vattenfall Wind Power, added: "Vattenfall bought the Ormonde project last year and since then we have faced a number of issues including the weakening of Sterling and increased costs. Helped by the UK Government's announcement to review the support offered to offshore wind farms facing such pressures, our project team has now been able to make this key investment decision for the project and we are very pleased to have entered into a firm contract with REpower for the project's wind turbines."

With a rated output of 5 megawatts and a rotor diameter of 126 meters, the 5M is one of the largest and most powerful wind energy turbines in the world. The rotor consists of three rotor blades, each one 61.5 meters in length, and covers the area of two soccer fields; the nacelle is the size of two houses. Since 2004, REpower has erected 17 turbines of this type both onshore and offshore.

Vattenfall is Europe's fifth largest electricity generator and the largest generator of heat. Its strategy is to 'make electricity clean' by reducing carbon emissions to zero by 2050 and therefore has ambitious plans for renewable energy in key European markets. Vattenfall aims to produce approximately 49 terawatt hours from wind power by 2030 a third of which is expected to be generated on and around the UK. To date, Vattenfall in the UK owns 610 MW of operating wind power, half onshore and half offshore, in the UK.

REpower Systems AG is one of the leading manufacturers of onshore and offshore wind turbines. The international mechanical engineering company develops produces and markets wind turbines with rated outputs of 2 MW to 6.15 MW and rotor diameters of 82 metres to 126 metres for almost any location. In addition to this, it offers an extensive range of service and maintenance services. The profitable and reliable systems are designed at the REpower development centre in Rendsburg and manufactured at its Husum (North Friesland), Trampe (Brandenburg) and Bremerhaven plants.

The company, which is headquartered in Hamburg and has been listed since March 2002, has over 1,700 employees worldwide and can draw on experience gained in the manufacture and installation of almost 2,000 wind turbines worldwide. REpower is represented by distribution partners, subsidiaries and participations in European markets such as France, Belgium, Great Britain, Italy, Portugal and Spain as well as on a global level in the USA, Japan, China, Australia and Canada.