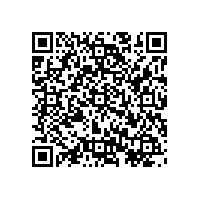 Effective from December 31, 2011, REpower Systems SE has acquired by purchase the remaining 49% stake in PowerBlades GmbH from SGL Rotec GmbH & Co. KG, a majority company of SGL Group. PowerBlades, headquartered in Bremerhaven, was founded in 2007 as a joint venture for the production of rotor blades for wind turbines. Since the beginning of the cooperation, REpower has held 51% of PowerBlades GmbH while SGL Rotec had 49% of the shares. The transaction is subject to the usual antitrust approval.

"The acquisition of the shares enables us to continue growth at our site in Bremerhaven as well as in the offshore sector and also to further guarantee the excellent quality of our turbines and components. The production of rotor blades is a key function in the manufacturing process of wind turbines", says Gregor Gnädig, Chief Operating Officer (COO) of REpower Systems SE. More than 1,000 rotor blades for wind turbines have been manufactured since the start of production at PowerBlades in 2008.

Norbert Müller, Managing Director of SGL Rotec, adds: "The joint venture was a good opportunity for both partners to build on their expertise in the area of offshore blade production. Now the time has come that the location should be further developed under the auspices of just one company. SGL Rotec expanded its own capacities at its plant in Lemwerder in 2010 and will now concentrate in the further extension of this site, which is specialized in the production of rotor blades and moulds for wind turbine manufacturers."

The companies will remain business partners, since SGL Rotec will continue to deliver rotor blades to REpower.

About SGL Group - The Carbon Company:

SGL Group is one of the world's leading manufacturers of carbon-based products. It has a comprehensive portfolio ranging from carbon and graphite products to carbon fibers and composites. SGL Group's core competencies are its expertise in high-temperature technology as well as its applications and engineering know-how gained over many years. These competencies enable the Company to make full use of its broad material base. SGL Group's carbon-based materials combine several unique properties such as electrical and thermal conductivity, heat and corrosion resistance as well as high mechanical strength combined with low weight. Due to the paradigm shift in the use of materials, there is a growing demand for SGL Group's high-performance materials and products from an increasing number of industries. Products from SGL Group are used predominantly in the steel, aluminum, automotive, chemical and glass/ceramics industries. However, manufacturers in the semiconductor, battery, solar/wind energy, environmental protection, aerospace and defense industries as well as in the nuclear energy industry also figure among the Company's customers.

With 45 production sites in Europe, North America and Asia as well as a service network covering more than 100 countries, SGL Group is a company with a global presence. In 2010, the Company's workforce of around 6,300 generated sales of €1,382 million. The Company's head office is located in Wiesbaden/Germany.

SGL Rotec GmbH & Co. KG is a manufacturer of high quality rotor blades for wind turbines. SGL Rotec is a joint venture between Abeking & Rasmussen Schiffs- und Yachtwerft and SGL Group - The Carbon Company, one of the worldwide leading manufactures of carbon-based products. The portfolio of SGL Group rang from carbon and graphite products to carbon fibers and composites.

REpower Systems SE, a wholly owned subsidiary within Suzlon group, is one of the world's leading manufacturers of onshore and offshore wind turbines. The international mechanical engineering company develops, produces and markets wind turbines for almost any location - with rated outputs of 1.8 MW to 6.15 MW and rotor diameters of 82 metres to 126 metres. Furthermore, the company offers its customers project specific solutions in the areas turnkey, service and maintenance, transport and installation as well as foundation planning and construction. The profitable and reliable systems are designed at the REpower TechCenter in Osterrönfeld and manufactured at its plants in Husum (North Friesland), Trampe (Brandenburg) and Bremerhaven as well as Portugal and China.

With just under 2,500 employees worldwide the company headquartered in Hamburg can make use of the experience gained from the manufacture and installation of around 3,500 wind turbines around the world. REpower is represented by distribution partners, subsidiaries and participations in European markets such as France, Belgium, the UK, Italy, Portugal, Sweden, Poland and Spain as well as on a global level in the USA, China, Australia and Canada.