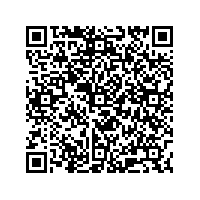 Sales up to EUR 300.7 million / EBIT unchanged year-on-year / New supply contracts about 61.5 MW in France and the UK

In addition, REpower Systems AG concluded new supply contracts for a total of 61.5 MW through its overseas branches:

REpower S.A.S., the French subsidiary of REpower Systems AG, has signed a supply contract for a total of 17 REpower MM92 (34.85 MW) wind turbines with Brandenburg-based planning and development company Energiequelle GmbH. The turbines are intended for three projects in the French departments Meuse, Meurthe-et-Moselle and Loire Atlantique and are to be delivered in the beginning of 2010.

Against the background of the uncertain global economic situation, REpower had already pointed out increased risks regarding project delays, some of which occurred in Q1 in the form of postponements from the first half of the year to the second. In the event of further project delays, the company believes that an impact on future performance in fiscal year 2009/10 is possible, with the result that sales and earnings are likely to be at the lower end of the forecast as things stand. REpower had envisaged sales of EUR 1.4 billion to EUR 1.5 billion and an EBIT margin of 7.5 to 8.5 percent for the fiscal year.

Publication of the final results and the complete quarterly report is scheduled for August 13, 2008.

REpower Systems AG is one of the leading manufacturers of onshore and offshore wind turbines. The international mechanical engineering company develops produces and markets wind turbines with rated outputs of 2 MW to 6.15 MW and rotor diameters of 82 metres to 126 metres for almost any location. In addition to this, it offers an extensive range of service and maintenance services. The profitable and reliable systems are designed at the REpower development centre in Rendsburg and manufactured at its Husum
(North Friesland), Trampe (Brandenburg) and Bremerhaven plants. The company, which is headquartered in Hamburg and has been listed since March 2002, has over 1,700 employees worldwide and can draw on experience gained in the manufacture and installation of almost 2,000 wind turbines worldwide. REpower is represented by distribution partners, subsidiaries and participations in European markets such as France, Belgium, Great Britain, Italy, Portugal and Spain as well as on a global level in the USA, Japan, China, Australia and Canada.