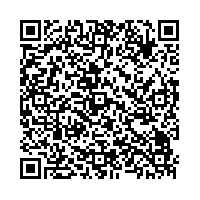 Subscribe to news
(PresseBox) ( Hamburg/Osterrönfeld, 08-04-30 )
In the presence of Minister for Economics, Dietrich Austermann, the executive board of REpower Systems AG (WKN 617703) and the Managing Director of Neuer Hafen Kiel-Canal GmbH(headquartered in Osterrönfeld) today signed the first heritable building rights contracts for the commercial premises adjoining the harbours being built in Osterrönfeld. REpower initially obtains around 85,000 m2 and secured an option lasting three years for an additional 19,000 m2.

"The harbour being built in Osterrönfeld is of strategic interest to us. This site has excellent connections to the motorway network across Europe while also offering very good conditions for transporting our turbines across the globe. REpower already has around 300 employees in Rendsburg and Büdelsdorf. We expect this figure to double, at least, in the next three to four years, provided that the right conditions are met", said the CEO of REpower, Per Hornung Pedersen, after signing the contract.

For the community of Osterrönfeld and the Rendsburg-Eckernförde Economic Development Corporation, which both have a 50% stake in the harbour development company, the arrival of Repower is the first step towards a realignment of Rendsburg's economic region. The Management considers REpower's arrival as a further step in creating a wind-energy cluster.In Rendsburg, wind turbines were already being developed over twenty years ago.
REpower has its roots here just like other companies which today successfully develop and manufacture the most powerful wind turbines.

"In collaboration with REpower, the Mittelholstein business association, the Guild of Craftsmen and the Kiel Chamber of Commerce and Industry, events will be held in the next few months to provide information to the medium-sized companies in Schleswig-Holstein which REpower is considering as potential suppliers. This indicates the extent of the multiplier effect expected to result from this move. We shall also endeavour to attract, above all, those companies to the area which manufacture large components for wind turbines which need to be transported by water", continued Managing Directors Peter Klarmann and Dr. Gerald Gehrtz.

It will cost a total of around EUR 30 million to build the harbour in Osterrönfeld and develop the adjoining business park. REpower will also invest at least the same amount in the next few years. Funds of approximately EUR 15 million from Schleswig Holstein's Future Programme will subsidise construction of the harbour.In addition, a link road is being built between the new harbour and A road 202 /the motorway 210 and an intermunicipal business park for Rendsburg and Osterrönfeld will be developed. This will be between 70 and 80 hectares in size. It will offer excellent site conditions for suppliers, infrastructure and service providers in the wind energy sector.

The "Neue Hafen Kiel-Canal" (Kiel new harbour canal) should be completed by the summer of 2010 and REpower could start production in the middle of 2009.