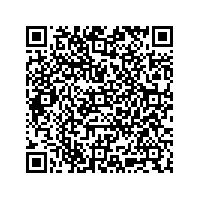 Subscribe to news
(PresseBox) ( Poschiavo, 09-08-25 )
Rätia Energie posted very good results for the first half of 2009, despite a persistently difficult market environment characterised by low or highly volatile energy prices. The financial and economic crisis has had little impact on Rätia Energie; only in Italy has the downturn led to weaker demand. As things stand at present, Rätia Energie will be able to meet expectations for the whole of 2009, and the group anticipates a good annual result.

During the period from 1 January to 30 June 2009, Rätia Energie generated total revenues of CHF 944 million, an increase of 3% versus the first half of 2008. EBIT (earnings before interest and tax) came to CHF 75 million. With group profits of CHF 56 million, Rätia Energie recorded very good results in the first six months of 2009.

A stable equity base is very important for Rätia Energie. The group continues to be very solidly financed, with total assets of CHF 2.251 billion and equity of CHF 859 billion giving an equity ratio of 38% and providing a good foundation for delivering further projects in all areas of business and key markets. Rätia Energie's particular focus is on expanding its own production and developing new markets, areas where it sees good opportunities for continued profitable growth.

The good 2009 interim results are attributable to a number of different factors. The group managed to successfully harness opportunities in energy trading. New offerings in system services, certificates trading and energy derivatives trading made a positive contribution to results. Rätia Energie also benefited from aboveaverage volumes of available water.

Sales of electricity totalled 6,731 GW in the first six months, a slight year-on-year increase of 3%. Of this total, around 2,000 GWh fell to sales in Italy, Switzerland and Germany. Rätia Energie sold more than 4,500 GWh in energy trading. The group saw growth in energy derivatives trading, with the volume of contracts underlying financial trading (instruments held for trading as opposed to trading in energy for physical delivery) coming to 12,320 GWh in the first half year.

Two opposing trends emerged in the group's own production. Thanks to the good hydrological situation, its own production (up 35% to 338 GWh) and energy from interests and drawing rights (up 12% to 572 GWh) both increased significantly. By contrast, because of the high price of gas the Teverola gas-fired combined-cycle plant was deployed primarily for balancing energy, producing considerably less electricity (238 GWh) than in the same period the year before. In the first six months, Rätia Energie procured 5,567 GWh of electricity via energy trading (up 15%).

Entry into the gas business

For several months now, Rätia Energie has also been selling gas in Italy. This means that the group serves as a one-stop shop, supplying SMEs with both electricity and gas, which enables it to exploit synergies and market the two products via the same channels. In the first half Rätia Energie sold 21.7 million cubic metres of gas to end-consumers, and 34.8 million to wholesale customers. The Teverola power plant used 47.3 million cubic metres.

Positive expectations for 2009 as a whole

Rätia Energie expects market conditions in the second six months to be difficult, with the economy recovering only slowly, and regulatory efforts in various markets still representing a threat.

Nevertheless, after positive results for the first half, Rätia Energie can confirm its predictions of a healthy full twelve months communicated early in the year. Operating results look set to be good, albeit it somewhat below last year's. Rätia Energie expects group profit to be maintained at around the level of 2008.

Rätia Energie will make decisive progress on a number of major projects this year. In the next few months, a group-wide software solution will be implemented at all trading floors. Efforts to prepare concession projects for the 1,000 megawatt pumped storage plant in the Upper Poschiavo and the Chlus hydropower plant in the Prättigau are moving forward. Construction of the Taschinas hydropower facility in the Prättigau is progressing on schedule. And Rätia Energie anticipates further progress along the way to obtaining the necessary approval for a planned coal-fired plant in Brunsbüttel (Germany) and a 55 megawatt wind park in Lucera (Italy).

14 April 2010: Publication of 2009 annual results
10 May 2010: Annual general meeting
Note Rätia Energie's 2009 semi-annual report is printed in German, and is available for download also in English and Italian from www.REpower.com..

Rätia Energie (RE) is an international electricity group headquartered in Poschiavo, Switzerland. It has further offices in Klosters, Ilanz, Samedan, Landquart, Zurich, Milan, Dortmund, Prague, Bucharest, Ljubljana and Sarajevo. RE generates annual operating revenues of around CHF 2 billion through the sale of more than 12 billion kilowatt hours (kWh) of electricity and around 100 million cubic metres of gas. Rätia Energie also operates as an international energy trader, working on a number of European energy exchanges from trading floors in Poschiavo, Milan and Prague.

Rätia Energie produces an average of around 2,100 million kWh of electricity a year at its own plants in Graubünden, Switzerland, and in Italy. The company also owns an interest in Kraftwerke Hinterrhein AG, and markets the entire energy package of Grischelectra AG.

RE supplies over 50,000 customers with electricity directly, and another 25,000 indirectly via local resellers, primarily in Canton Graubünden. In Italy, its Dynameeting subsidiary sells electricity to medium-sized enterprises and municipalities. Rätia Energie is also building its supply business in Germany, where it sells electricity to consumers in the SME segment.

RE employs around 650 people, plus more than 60 apprentices in Switzerland and 400 electricity salespeople working on commission in Italy. Around 450 of Rätia Energie's staff are employed in Graubünden.