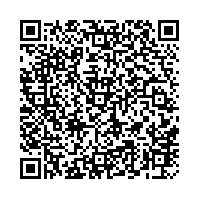 Subscribe to news
(PresseBox) ( Regensburg, 20-04-08 )
Relyon plasma based in Regensburg, Germany, a subsidiary of TDK Electronics, presents the world's smallest and highly effective plasma handheld device piezobrush® PZ3 with PDD® technology. It is used for the simple, efficient and mobile utilization of cold atmospheric pressure plasma for surface treatment of plastics, metals and natural materials. The plasma treatment activates, functionalizes and cleans surfaces. This significantly improves the quality of subsequent processes such as bonding, printing, varnishing or coating.

The piezobrush® PZ3 is a compact plasma handheld device for easy and mobile use in laboratories, pre-development and assembly of small series. With a maximum power consumption of 18 W, the Piezoelectric Direct Discharge (PDD®) technology is used to generate cold active plasma at a temperature of less than 50 °C. The use of plasma has a positive effect on the surface properties of materials which are of vital importance for processing and end use. Users can thus significantly improve not only their workflow and production processes, but also their products.

The heart of the piezobrush® PZ3 is the TDK CeraPlas™ plasma generator, a high-voltage discharge component for plasma generation. It transforms a low input voltage in such a way that very high electric field strengths are generated, which dissociate and ionize the surrounding air. Only the compact design of the PDD® technology makes it possible to integrate atmospheric pressure plasma into such a handheld device.

Increased performance of the device

In general, all materials can be treated with atmospheric pressure plasma from the piezo-brush® PZ3, since there is hardly any temperature impact on the material during surface treatment with atmospheric pressure plasma. This virtually eliminates the risk of over-treatment of materials such as plastics. However, different surfaces have to be activated with the appropriate accessories to achieve a good end result. Two modules are currently available for the piezobrush® PZ3. Non-conductive materials such as plastics, glass, ceramics or natural materials such as organic fibers, textiles and leather show very good results after plasma treatment with the module Standard. The module Nearfield on the other hand is designed for the treatment of conductive materials such as metals, CFRP, indium tin oxide or conductive plastics. The increased maximum power compared to the previous model allows a treatment speed of 5 cm²/s and a treatment width of up to 29 mm. Even on materials that are very difficult to treat such as high-density polyethylene (HDPE) a surface energy of 72 mN/m can be achieved after plasma treatment.

In comparison to the previous model piezobrush® PZ2, the piezobrush® PZ3 also has an integrated process control of the plasma treatment. The device is equipped with various functions - such as a stopwatch to measure the time, a countdown function to set the time with automatic switch-off function or a power setting by adjusting the plasma intensity. The control is easy and intuitive via the integrated display.

Due to its compact design, the piezobrush® PZ3 can be used in a wide range of applications. In a lot of cases, surfaces are functionalized, for example, before bonding with plasma, whereby the following bonds show a significant improvement in the adhesive force. Plasma treatment also improves the adhesion of printing inks and varnishes on the surface, which significantly increases the print quality, as the surface is optimally wetted by the ink and an even print image is created. A further field of application is a plasma pretreatment that removes the finest impurities so that deviations between different material batches can be compensated and a consistently high level of quality is maintained.

The piezobrush® PZ3 will be available on the market from May 2020. In order to test and validate individual processes and applications, samples can be treated in the relyon plasma application laboratory. In addition, relyon plasma offers a loan of the plasma handheld device so that it can be directly included and tested in the respective process.

relyon plasma GmbH, a subsidiary of TDK Electronics based in Regensburg, Germany, develops innovative plasma systems. True to the motto "rely on plasma", the company sees itself as a professional supplier of plasma systems and service provider for individual customer requirements. Thanks to many years of professional experience in the industry, relyon plasma now offers a wide range of specialized plasma components for manual applications and in-line processes. Atmospheric pressure plasmas generated by electrical discharges in air or other gases have a remarkable combination of properties that enable unique surface treatment. Such plasmas produce large quantities of very reactive but short-lived chemical species. These can disinfect, clean, modify and functionalize a wide range of surfaces and prepare them for bonding, painting and printing.