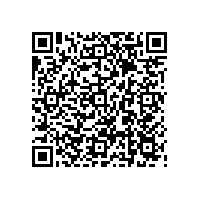 Subscribe to news
(PresseBox) ( London, SE1 0RF, 08-09-02 )
Tupperware, bread bins and even the humble tea cosy have disappeared from the nation's kitchens, according to new research.

Instead, the nostalgic necessities have been replaced by a whole host of electrical goods including microwaves, steamers, blenders and coffee machines.

But new technology has meant that, today, we're more likely to have a toaster, coffee machine, bread maker and grilling machine to hand.

Chris Winstanley, spokesman for www.reevoo.com said: "The kitchen has become a haven for a wide variety of electrical goods - even plasma televisions and digital radios are common sights in the modern cooking environment.

"The days of spending hours preparing meals each day are gone for most modern households. New technology has made our lives easier and much less labour intensive than they ever were in the 1970s - and this is reflected in today's typical kitchen."

Healthy eating habits have clearly had an influence on choice of kitchen utensils, with the grilling machine replacing the chip pan and casserole dish giving way to the wok.

But the most important change that has shaped the British kitchen has been the need to save time.

Every-day gadgets including microwaves, electric kettles, toasters, blenders, steamers and grill pans allow us to knock up a meal quickly.

Today's labour-saving devices mean that on average we spend just an hour and a quarter in the kitchen each day - compared to nearly two hours in the 1970s.

And while 1970s mums cooked at least seven meals from scratch each week, mums of today barely have time to create four.

Chris Winstanley continued: "Kitchen appliances can be some of the most expensive things in the house to replace - yet we consider many of them to be indispensible.

''It makes sense to read impartial customer reviews before spending money on the next big thing for the kitchen".

For the full survey results, see Reevoo's blog, Decide What to Buy:

More details on the research and the full scores for each category can be found on Decide What to Buy.