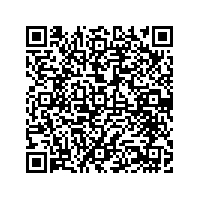 Ten years ago, Red Hat formed the Fedora Project to deliver advanced, state-of-the-art features for Linux. Just as a traditional operating system relies on the hardware beneath it, so too do projects such as cloud, virtualization, and Software-Defined Networking (SDN) rely on the foundation of an operating system. Fast development pace and openness to change make Fedora an excellent place for operating system innovations and related projects. Today, by taking an active role in the CentOS Project, Red Hat is once again extending its leadership in open source innovation by helping to establish a platform well-suited to the needs of open source developers that integrate technologies in and around the operating system.

* Community integration beyond the operating system: CentOS, a community-supported and produced Linux distribution that draws on Red Hat Enterprise Linux and other open source technologies to provide a platform that's open to variation. CentOS provides a base for community adoption and integration of open source cloud, storage, network, and infrastructure technologies on a Red Hat-based platform.

* Operating system innovation across the stack: Fedora, a community-supported and produced Linux distribution that makes it easy for users to consume and contribute to leading-edge open source technologies from the kernel to the cloud. As a cutting edge development platform where every level of the stack is open to revision and improvement, Fedora will continue to serve as the upstream project on which future Red Hat Enterprise Linux releases are based.

Red Hat will contribute its resources and expertise in building thriving open source communities to the new CentOS Project to help establish more open project governance and a roadmap, broaden opportunities for participation, open pathways for contribution, and provide new ways for CentOS users and contributors to bring the power of open source innovation to all areas of the software stack. With Red Hat's contributions and investment, the CentOS Project will be able to expand and accelerate, serving the needs of community members who require different or faster-moving components layered on top of CentOS, expanding on existing efforts to collaborate with open source projects such as OpenStack, RDO, Gluster, OpenShift Origin, and oVirt.

Brian Stevens, executive vice president and chief technology officer, Red Hat, will host a webcast to discuss today’s announcement at 5:00 p.m. ET on January 7, 2014. Following remarks, press and analysts are invited to participate in a question and answer session.

To join the webcast or view the replay after the event, visit: https://vts.inxpo.com/Launch/QReg.htm?ShowKey=17984.

"It is core to our beliefs that when people who share goals or problems are free to connect and work together, their pooled innovations can change the world. We believe the open source development process produces better code, and a community of users creates an audience that makes code impactful. Cloud technologies are moving quickly, and increasingly, that code is first landing in Red Hat Enterprise Linux. Today is an exciting day for the open source community; by joining forces with the CentOS Project, we aim to build a vehicle to get emerging technologies like OpenStack and big data into the hands of millions of developers.”

"CentOS owes its success not just to the source code it's built from, but to the hard work and enthusiasm of its user community. Now that we are able to count Red Hat among the active contributors to the CentOS Project, we have access to the resources and expertise we'll need to expand the scope and reach of the CentOS community while remaining committed to our current and new users."

"CentOS is one of the major non-commercial distributions in the industry, and a key adjacent project for many Red Hat Enterprise Linux customers. This relationship helps strengthen the CentOS community, and will ensure that CentOS benefits directly from the community-centric development approach that Red Hat both understands and heavily supports. Given the growing opportunities for Linux in the market today in areas such as OpenStack, cloud and big data, a stronger CentOS technology backed by the CentOS community – including Red Hat – is a positive development that helps the overall industry."

"Though it will doubtless come as a surprise, this move by Red Hat represents the logical embrace of an adjacent ecosystem. Bringing the CentOS and Red Hat communities closer together should be a win for both parties."

* Read the FAQ: http://community.redhat.com/centos-faq/
* More about the CentOS Project: http://www.centos.org/

Certain statements contained in this press release may constitute "forward-looking statements" within the meaning of the Private Securities Litigation Reform Act of 1995. Forward-looking statements provide current expectations of future events based on certain assumptions and include any statement that does not directly relate to any historical or current fact. Actual results may differ materially from those indicated by such forward-looking statements as a result of various important factors, including: risks related to delays or reductions in information technology spending; the effects of industry consolidation; the ability of the Company to compete effectively; the integration of acquisitions and the ability to market successfully acquired technologies and products; uncertainty and adverse results in litigation and related settlements; the inability to adequately protect Company intellectual property and the potential for infringement or breach of license claims of or relating to third party intellectual property; the ability to deliver and stimulate demand for new products and technological innovations on a timely basis; risks related to data and information security vulnerabilities; ineffective management of, and control over, the Company's growth and international operations; fluctuations in exchange rates; and changes in and a dependence on key personnel, as well as other factors contained in our most recent Quarterly Report on Form 10-Q (copies of which may be accessed through the Securities and Exchange Commission's website at http://www.sec.gov), including those found therein under the captions "Risk Factors" and "Management's Discussion and Analysis of Financial Condition and Results of Operations". In addition to these factors, actual future performance, outcomes, and results may differ materially because of more general factors including (without limitation) general industry and market conditions and growth rates, economic and political conditions, governmental and public policy changes and the impact of natural disasters such as earthquakes and floods. The forward-looking statements included in this press release represent the Company's views as of the date of this press release and these views could change. However, while the Company may elect to update these forward-looking statements at some point in the future, the Company specifically disclaims any obligation to do so. These forward-looking statements should not be relied upon as representing the Company's views as of any date subsequent to the date of this press release.