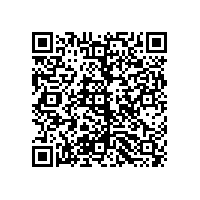 Subscribe to news
(PresseBox) ( Lisbon, Portugal, 09-03-09 )
Brimming over with business opportunities, EuroPLX 39 Lisbon gave almost 200 pharma business developers from all over the world a platform to discuss business face to face. Held in early March in the sea-view Hotel Cascais Miragem in the picturesque town Cascais in the vicinity of Lisbon, it was one of the most successful EuroPLX Meetings ever since it was first held in 1995.

Pharmaceutical, biotech companies, and research-based specialist firms participated with one to three delegates who had their business negotiations either jointly or separately. On average, 87% of all requests for face-to-face appointments were arranged, resulting in more than 26 pre-scheduled business negotiations per company, in addition to those scheduled during the event proper.

In the partnering conference industry sector, where five to six pre-scheduled face-to-face business negotiations per company prevail, this number sets a clear benchmark.

Another benchmark set by EuroPLX 39 Lisbon was the number of countries represented by the 128 participating companies. While mainstream partnering conferences are attended by delegates from one to two dozen countries, EuroPLX 39 Lisbon saw business developers from 35 countries, four continents. EuroPLX has sustained its position to be one of the most, if not the most international partnering event in the global pharmaceutical industry.

Due to capacity reasons and in order to deliver on the promised partnering benefits for the participants, EuroPLX 39 was closed for registration ten days prior to the formal registration deadline.

The next EuroPLX Meeting, EuroPLX 40 Warsaw, is booking strongly already. It will be held at the Sheraton Warsaw Hotel & Towers in Warsaw, Poland, on June 8 and 9, 2009. This venue makes it an ideal platform for new business development into Poland and Eastern Europe.

The partnering scope of EuroPLX 40 Warsaw will span from patented and generic (incl. bio-generics and biosimilars), prescription and OTC drugs, to nutraceuticals and medical devices, and will comprise development, licensing, marketing, promotion, and distribution of products. The actual focus, however, will be made up by the participating companies and, as a new feature, will be displayed as a "Dynamic Partnering Focus" on www.europlx.com as soon as sufficient partnering information will become available.