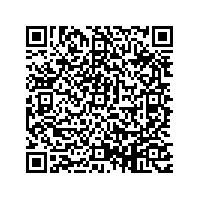 Sales increased by 28.7% to EUR 454.3 million in the first half of 2015
Adjusted EBITA grew by 28.9% to EUR 81.4 million
Adjusted EBITA margin of 17.9% at a sustained high level
Equity ratio stable at a healthy level of 34.2%
Growth in all three regions EMEA, Americas and Asia-Pacific
Outlook for financial year 2015 confirmed

"We are pleased with our business performance in the first half of 2015 because we managed to increase both sales and earnings quite significantly," said Werner Deggim, CEO of NORMA Group. "We also continued with our growth strategy, despite the cautious macroeconomic environment. For this reason, we expect to be able to achieve the targets we set for the full year 2015."

Growth in all three regions

Sales in the EMEA region (Europe, Middle East and Africa) rose by 1.1% to EUR 212.3 million in the first half of 2015 (H1 2014: EUR 210.0 million). In June, NORMA Group put its first clean room for assembly and packaging of single-use systems into operation at its existing site in Hustopeče, Czech Republic. These customer-specific disposable solutions made of silicone are used to transport and store liquids and gases, as well as for sampling. Through this investment, the company will be able to serve its customers in the pharmaceutical and biotech industries even better and faster. This means NORMA Group is now able to complete the entire production process, including quality control, at its own plant.

In the Americas region (North, Central and South America), NORMA Group generated strong growth in sales of 80.9% to EUR 204.9 million in the first half of 2015 (H1 2014: EUR 113.3 million). This dynamic growth can be attributed primarily to the additional revenues of the US company that specialises in water management, National Diversified Sales, Inc., that was acquired in October 2014.

In the Asia-Pacific region, sales rose to EUR 37.2 million for the first half of 2015 (H1 2014: EUR 29.8 million). This equates to growth of 24.9% and confirms the sustained positive development of the region, despite the current continued weak demand on the Chinese automotive markets.

Upcoming events
The publication of the financial results for the third quarter of financial year 2015 is scheduled for 4 November 2015.

NORMA Group is an international market and technology leader in engineered joining technology. The company manufactures a wide range of innovative joining technology solutions in three product categories (clamp, connect and fluid) and offers more than 35,000 high-quality products and solutions to more than 10,000 customers in 100 countries. NORMA Group joining products can be found in vehicles and trains, ships and aircraft, buildings and water management as well as in applications for the pharmaceutical and biotechnology industry. The company generated sales of around EUR 695 million in 2014. With around 6,000 employees, NORMA Group operates a global network of 22 production facilities as well as numerous sales and distribution sites across Europe, the Americas, and Asia-Pacific. NORMA Group has its headquarters in Maintal, Germany. NORMA Group SE is listed on the German stock exchange (Prime Standard) and included in the MDAX index.