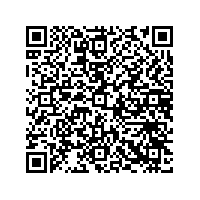 Subscribe to news
(PresseBox) ( Mannheim, 17-11-24 )
Ewald Raben is taking over the patronage of the charitable Christmas parcel convoy organised by the Round Table and Ladies’ Circle in Germany this year. Helpers from Germany are transporting Christmas packages, which have been donated for needy children, to Romania, Ukraine, Bulgaria and the Republic of Moldova for the 17th time this year – in more than 40 trucks. The Raben Group in conjunction with many other voluntary helpers has been very active in ensuring that children in remote and rural areas in Eastern Europe also receive a Christmas present for six years now.

More than 200 helpers will directly transport hundreds of thousands of packages to Eastern Europe to the children at the beginning of December and hand them over on the spot. They contain toys, clothes, items for school, cuddly toys and a great deal more – as a result, the children will be delighted at Christmas. The aid convoy will set off from Hanau in the Rhine/Main region on 2 December with more than 25 articulated lorries and at least six coaches full of helpers. The convoy is expected to return to Hanau one week later, on 9 December.

“I’m delighted that I can support this very special aid mission as one of the honorary patrons. Corporate social activities have been particularly important at our company since it was founded. It’s part of our raison d'être to support charitable organisations and initiatives, whether they deal with traffic safety, protecting the environment or social projects,” says Ewald Raben, CEO of the Raben Group, giving the reasons for his involvement. He is one of the honorary patrons of the convoy together with the acting German Health Minister, Hermann Gröhe, and the singer, Peter Maffay.

The Raben Group is making available storage space in Koblenz as a central warehouse for collecting the packages as well as regional collection points for the campaign. It is also supporting the convoy with its own articulated lorry, which will transport packages to Romania. Two employees from the logistics specialist will also accompany the convoy so that they are able to hand over the packages themselves on the spot.

“We were able to complete the largest Christmas parcel convoy ever in 2016 – i.e. since 2001. We’re preparing for a further increase with our cooperation partners in the various countries, the four associations and more than 200 voluntary helpers so that we can once again put a smile on the faces of many children as they pack the items in Germany and unpack them in the countries concerned,” says Clemens M. Christmann, Managing Director of the Christmas parcel convoy. The Christmas packages go to children living in orphanages, remote villages and schools or in mountainous regions.

“The Christmas parcel convoy is a campaign that’s characterised by special values and it’s only been possible to make it so successful through joint efforts. By making our contribution, we’d like to show that it’s not only possible to support projects in monetary form, but also with vehicles, transport services, storage space and the huge level of involvement shown by our employees,” says Ewald Raben.

Raben Trans European Germany is part of the Raben Group. With more than 85 years of experience, the Raben Group is one of the leading logistics companies in the markets of Central and Eastern Europe. It offers extensive logistics solutions for transporting road, sea and air freight as well as global supply chain management concepts. The Group's turnover amounted to more than EUR 1 billion in 2016. The Raben Group manages more than 1,150,000 square metres of storage space in many European countries. Its fleet comprises 7,000 vehicles. More than 9,500 employees at the Raben Group ensure consistently high quality levels in the services provided and a high degree of customer orientation.

Raben Trans European Germany has 31 branches located all over Germany. 2,800 skilled workers and the latest technologies enable goods to be shipped without a hitch and safely. The company's range of services includes extensive logistics solutions and road transportation (domestic and international distribution, FTL [Full Truckloads] and LTL [Less Than Truckloads]) as well as sea and air freight shipments. All the branches operate according to the quality management systems based on ISO 9001, ISO 50001, ISO 14001, HACCP and AEO-F certification. Several branches also obtained the following certificates in 2015: IFS, SQAS and GMP + B3.

You can find more information at: www.raben-group.com.