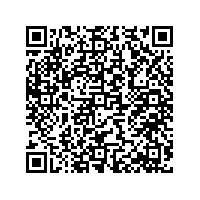 Subscribe to news
(PresseBox) ( Ottobrunn, 09-03-10 )
.
- Quickstep has undertaken a private placement, managed by State One Stockbroking Ltd (State One), to sophisticated and professional investors and clients of State One.
- Placement comprises 13.5 million convertible notes, issued at a face value of 20 cents and convertible at 20 cents per share, to raise A$2.7 million.
- Placement gives certain existing professional and institutional shareholders an opportunity to participate in the Company's capital raising, following today's announcement that Quickstep has also secured a $10M convertible loan agreement with Abu Dhabi-based business consortium, Al Farida Group.

International advanced composites group Quickstep Holdings Limited (ASX: QHL - "Quickstep") is set to receive an additional funding injection to underpin the Company's growth, today announcing it has received binding commitments under a convertible note placement to certain existing sophisticated and professional investors and clients of State One. The placement was managed by Perth-based stockbroking firm, State One Stockbroking Ltd.

The placement comprises 13.5 million convertible notes, issued at a face value of 20 cents and convertible into fully paid ordinary shares at 20 cents, to raise A$2.7 million before issue costs.

- Convertible Notes are unlisted and unsecured with a 3-year maturity period.
- Issued at a face value of 20 cents in mid-March 2009.
- Redeemed at face value on maturity if not converted (or earlier in the event of an unremedied event of default or breach of terms).
- Convertible at the holder's election at any time prior to maturity.
- Convertible at Quickstep's election if the 5 day Volume Weighted Average Price of Quickstep's shares remains above 30 cents for a continuous period of more than 3 months.
- Interest of 11% pa until redeemed or converted.
- Transferable only to "sophisticated" and "professional investors" with Quickstep's consent.
- Noteholders are not entitled to participate in any new issue of securities to the holders of Quickstep shares without first converting the Convertible Notes.
- The rights of a Noteholder will be changed to the extent necessary to comply with the ASX listing rules applying to a reorganisation of Quickstep's capital at the time of the reorganisation.
- The placement will not require shareholder approval, however Quickstep may ask shareholders to ratify the placement (for the purposes of ASX Listing Rule 7.1) at its next general meeting.

"This convertible note placement provides certain of Quickstep's existing sophisticated and professional investors with an opportunity to participate in the Company's broader capital raising, the first tranche of which was announced earlier today through our convertible loan arrangement with Al Farida Investments Company," he said. "The combined funds will be used to progress Quickstep's growth plans, focusing on securing contracts for our manufacturing facility in Australia, while also expanding our global reach to secure contracts from around the world."

Quickstep announced today that the Company has secured two key agreements with Abu Dhabi-based diversified conglomerate, Al Farida Group, signing an Agency Agreement to promote sales in the United Arab Emirates, Saudi Arabia and other Middle East countries, along with a A$10 million Convertible Loan Agreement.

Composites combine high strength with light weight and are key materials in aerospace, automotive, marine, defence, public transport and industrial applications. The global composites parts market is growing strongly, reflecting a shift towards the greater use of composites as an increasingly desirable replacement for metals in many applications because of their high strength and reduced weight.

Quickstep's proprietary process is based around a fluid-based curing technology that significantly reduces the cost and time involved in the production of composites compared with conventional processes. Quickstep has been at the leading edge of the growing need to reduce part costs since the early 1990s, with a significant investment in the development of the Quickstep Process over the past decade.

Quickstep already has automated Quickstep pilot production facilities operating at five separate locations with, aside from its own plant in Fremantle, West Australia; one at the Victorian Centre for Advanced Materials Manufacturing (VCAMM) in Geelong; a third at the North West Composites Centre (NWCC) in Manchester, England in conjunction with the University of Manchester; a fourth in the US at Dayton, Ohio, the birthplace of the aviation industry; and a fifth machine located inside the European Aeronautic Defence & Space Company (EADS) group facilities in Munich, Germany, to support a Cooperation & Development Agreement with Eurocopter, the world's largest helicopter manufacturer, signed in May 2007.

Quickstep is listed on the Australian Stock Exchange, following an IPO in 2005. The Company's North Coogee Aerospace Manufacturing Facility is scheduled to achieve commercial readiness to commence manufacturing by mid March 2009, with an official opening to be held in April.