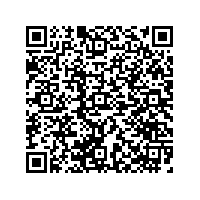 Subscribe to news
(PresseBox) ( Ottobrunn, 10-08-12 )
.
- Quickstep expands Board with appointment of former chief of the Royal Australian Air Force, Errol McCormack, as Non-Executive Director.
- Air Marshal McCormack (Ret'd) brings extensive experience in defence contracting to the Quickstep Board.
- Appointment represents a significant endorsement of Quickstep's standing in the international defence industry as it prepares to commence Joint Strike Fighter manufacturing.

The appointment reflects Quickstep's increasing focus on targeting manufacturing contracts in the international defence industry as it gears up to deliver up to $700 million in potential contracts as part of the JSF Project.

Errol McCormack served in the Royal Australian Air Force for 39 years, retiring in 2001 as Chief of Air Force with the rank of Air Marshal. During his period of service he commanded at unit, wing and command level, held staff positions in capability development, operations and educational posts and attended both RAAF and Joint Services Staff Colleges. His overseas postings included flying tours in Vietnam, Thailand, Malaysia and Singapore, an exchange tour with the US Air Force flying the RF4C, Air Attaché Washington and Commander Integrated Air Defence System in the Five Power Defence Agreement between Malaysia, Singapore, UK, New Zealand and Australia.

Since his retirement from the RAAF he has established a company providing consultancy services for multinational companies working with the Australian Department of Defence.

He is also Non-Executive Chairman of Chemring Australia Pty Ltd, a countermeasures and pyrotechnic manufacturing company based in Victoria, and consults for Chemring Group PLC and General Electric Military Engines.

His probono work includes Chairman of the Board of the Williams Foundation, an RAAF Association think- tank supporting development of Australian military aviation policy. He is a member of the Royal Aeronautical Society and the Australian Institute of Company Directors.

Air Marshal McCormack (Ret'd) has outstanding contacts throughout the Australian and international defence industries, and significant experience in assisting companies such as Quickstep in defence contracting and government liaison.

Commenting on his appointment to the Quickstep Board, Air Marshal McCormack (Ret'd) said: "I believe Quickstep has excellent opportunities to target manufacturing contracts within the defence industry and I look forward to assisting with this process."

"Errol McCormack is a wellknown, highly regarded member of the Australian defence community, and his knowledge and skillset will be immensely valuable to Quickstep as we prepare to commence manufacturing for the international JSF program and target additional defencerelated contracts," Mr Jenkins said.

Quickstep is an Australianbased company which is at the forefront of advanced materials manufacturing and technology transfer for the global aerospace and defence industries.

The use of advanced composites is rapidly growing with carbon material usage planned to increase at an average rate of 20% per annum for the next 10 years, underwritten by the emergence of highuse carbon fibre commercial aircraft such as the Boeing 787 and Airbus A350. Light weighting of vehicles is the prime driver with commercial aircraft and military equipment leading the charge.

Quickstep has significant capabilities and expertise in the production of aerospacegrade composite components using both conventional autoclavebased manufacturing and leading edge outofautoclave production technologies, including its proprietary Quickstep Process.

Quickstep signed two Memorandums of Understanding (MOU's) in 2009 in relation to manufacturing contracts for the JSF program. The first was signed with global aerospace companies, Lockheed Martin and Northrop Grumman, for around $700 million of potential contracts, with Quickstep expecting to sign a Long Term Agreement on these contracts in the second half of 2010. The second MOU was signed with Melbournebased Marand Precision Engineering for up to $50 million of contracts to manufacture Vertical Tail skins for the JSF.