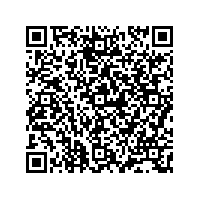 The Company announced today (Wednesday) that it has appointed Sebastien Godbille to the position of General Manager of Quickstep Process Systems and Ari Vihersaari to the position of Vice President of Global Business Development.

During his time as CEO of Daher Australian Aerospace, Mr Godbille was responsible for building and managing a new multimilliondollar facility in South-East Queensland dedicated to the manufacture of advanced composite parts for helicopter fuselages for Eurocopter.

Throughout his 13 years career within Daher group, Mr Godbille held numerous other senior positions including Development Project Manager - China/Australia; and played major expert roles within the technical departments of Daher Aerospace, such as Engineering Manager and Design Office Manager. Earlier, Mr Godbille started as Technical Manager and Design Engineer, and has contributed to the success of many European aerospace programs by designing composite parts and subassemblies or managing large technical projects for companies including Eurocopter (MRH90), Airbus (A380, A340) and other major OEM's including Bombardier in Canada and Avic in China.

As Vice President of Global Business Development, Ari Vihersaari's core task will be to provide business development services for the Quickstep company on a global basis.

He has spent most of this career in the aerospace and defense sectors, and in companies developing, designing and manufacturing advanced, lightweight structures. His experience includes management of high technology SME's, managing spinoff and engineering programs and leading sales and business development teams. He brings a wealth of experience and contacts worldwide to promote the Quickstep Process as well as its manufacturing capability.

Prior to joining Quickstep, Mr Vihersaari was the Chief Development Officer of the venture capital fund management company GloCal Systems Management ("GSM"), based in Athens, Greece. GSM is responsible for steering investment from the GloCal Investment Ventures Enterprise ("GIVE") Fund, the goal of which is to invest in innovative SMEs, including those involved in aerospace and advanced material technologies.

Before joining the GloCal Group in 2006, Mr Vihersaari worked in the aerospace, defence and advanced composite industry for over twenty years. Among other responsibilities, he managed an advanced composites company engaged in the design and manufacture of composite ship superstructures and lightweight armouring solutions, including overseeing the company's spinoff from its prior conglomerate ownership. His aerospace and defence experience includes over ten years with Patria Corporation and its predecessor companies, where he held positions in engineering, sales & marketing and management, working on Airbus and Boeing programs, including the Airbus A400M and the Boeing 787. Patria is a company based in Finland offering products and services for international and domestic customers involved in defence, security and aerospace.

Ari holds an aeronautical engineering degree as well as an MBA.

Chief Executive of Quickstep, Mr Philippe Odouard, said the appointment of two such highly experienced aerospace professionals was a major triumph for the Company as it prepares to commence manufacturing for the international Joint Strike Fighter (JSF) program.

"We are absolutely delighted to welcome these two highcalibre aerospace executives to the Quickstep team," Mr Odouard said. "Both Sebastien and Ari bring invaluable expertise that will be of great assistance to the Company as it continues to commercialise its Quickstep Process and build upon the JSF program commitments."

Quickstep is an Australianbased company which is at the forefront of advanced materials manufacturing and technology transfer for the global aerospace and defence industries.

The use of advanced composites is rapidly growing with carbon material usage planned to increase at an average rate of 20% per annum for the next 10 years, underwritten by the emergence of highuse carbon fibre commercial aircraft such as the Boeing 787 and Airbus A350. Light weighting of vehicles is the prime driver with commercial aircraft and military equipment leading the charge.

Quickstep has significant capabilities and expertise in the production of aerospacegrade composite components using both conventional autoclavebased manufacturing and leading edge outofautoclave production technologies, including its proprietary Quickstep Process.

Quickstep signed two Memorandums of Understanding (MOU's) in 2009 in relation to manufacturing contracts for the JSF program. The first was signed with global aerospace companies, Lockheed Martin and Northrop Grumman, for around $700 million of potential contracts, with Quickstep expecting to sign a Long Term Agreement on these contracts in the second half of 2010. The second MOU was signed with Melbournebased Marand Precision Engineering for up to $50 million of contracts to manufacture Vertical Tail skins for the JSF.