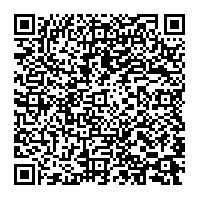 Subscribe to news
(PresseBox) ( Hilden and Berlin, Germany, 12-01-09 )
QIAGEN N.V. (NASDAQ: QGEN; Frankfurt: Prime Standard: QIA) and the Max Planck Institute for Infection Biology (MPIIB), Department of Immunology have announced a new collaboration to develop a molecular diagnostic test to assess the risk of an individual with latent tuberculosis (TB) developing active TB disease during their lifetime. Financial terms were not disclosed.

Approximately one-third of the world's population is estimated to be infected with Mycobacterium tuberculosis, but do not have active tuberculosis. The identification and treatment of these individuals is critical to controlling this disease since approximately 5-10% of latent TB patients are at risk for developing active TB during their lifetime, particularly those with weakened immune systems.

As a follow-up to those who test positive for latent TB, this new test will be designed to enable early treatment before reactivation of the TB disease, when it becomes contagious and causes life-threatening respiratory illnesses and other diseases.

This new molecular reflex assay, which is based on significant research conducted at the MPIIB in Berlin, is expected to be a PCR-based test targeting multiple biomarkers. It will be designed to run on the QIAsymphony modular automation platform and to serve as a reflex test following QIAGEN's QuantiFERON-TB Gold test, the modern gold standard for detection of latent TB. The kits are not expected to be available before 2013 and will be commercialized by QIAGEN.

During TB infection, changes occur in the transcriptional profiles of immune cells circulating through blood - alterations in gene expression that reflect the body's immune response and help to distinguish between latent and active disease. The goal of QIAGEN's collaboration with the MPIIB is to format the most suitable markers from the sets of biomarkers identified by the institute into a molecular assay that can predict susceptibility or resistance to active TB disease in individuals with latent TB.

Both collaborators will cooperate in collecting, analyzing and evaluating data to identify genetic markers that indicate later development of active TB. QIAGEN will be responsible for assay design and manufacturing, while MPIIB will offer access to its marker sets and develop new biosignatures.

"We are excited to collaborate with the MPIIB to jointly create an innovative and advanced prevention tool against the global TB threat," said Dr. James Rothel, Vice President, Head of Scientific Affairs, at QIAGEN. "These assays are highly complementary to our QuantiFERON technology. We believe that the combination of 'pre-molecular' and DNA-/RNA-based molecular testing technologies is the next-generation solution for screening and identifying infected individuals before they develop active TB disease. This initiative has the potential to reduce the spread of infectious diseases significantly and also to generate cost savings by treating individuals before development of active TB. The collaboration with the MPIIB underpins QIAGEN's strategy to further expand its portfolio with new innovative assay technologies for profiling diseases to make improvements in life possible."

The collaboration builds upon QIAGEN's acquisition of Cellestis Limited in August 2011 and the advanced QuantiFERON technology for highly sensitive, early detection of diseases. Cellestis already markets QuantiFERON-TB Gold, a leading test for detection of latent TB. Its pre-molecular technology identifies individuals at risk for life-threatening diseases by testing whole blood samples for the presence of systemically amplified molecular components, which provide information from the immune system's memory. QuantiFERON holds the potential to minimize outbreaks of active disease in early stages by identifying at-risk individuals and guiding the use of traditional DNA- and RNA-based molecular diagnostics for further profiling. This technology adds to QIAGEN's industry-leading portfolio of more than 120 assays for the diagnosis of various infectious diseases, including HIV, hepatitis and influenza, supported by instruments such as QIAsymphony RGQ, for efficient, automated laboratory workflows.

In the developed world, current screening protocols for TB typically identify individuals with positive test results (commonly up to 20% of high-risk patients screened) who need to be evaluated for active TB. A test combining TB infection markers with risk markers for the progression of latent into active TB could significantly increase the effectiveness of treatment options and disease control efforts. The market for latent TB testing is assumed to be approximately 50 million tests per year in the developed world.

"While the highest morbidity and mortality rates from TB disease occur in developing countries, global travel and immigration render TB a problem for the whole world," said Professor Stefan H.E. Kaufmann, Director of the Department of Immunology at the MPIIB in Berlin. "We believe QIAGEN, as a leader in infectious disease testing, is the right choice to help us reach new scientific achievements and jointly improve previously inadequate preventive, diagnostic and therapeutic tools for TB. Through this collaboration we will gain access to important technologies and concomitantly strengthen the further development of our vaccine program."

The Department of Immunology at the MPIIB is performing pioneering research on infectious diseases that threaten global health. One major project includes development of a vaccine against TB in combination with the definition of biomarkers to reliably distinguish between latent and active TB. "Results from this research may accelerate clinical trials of TB vaccines. Identification of biomarkers that can predict risk of active TB disease in individuals with latent TB will also be able to predict protective efficacy of a vaccine candidate early in clinical trial", explains Prof. Stefan H.E. Kaufmann.

Although TB is an ancient infectious disease, it is still a global health threat with high morbidity and 1.4 million deaths worldwide, annually.* TB is caused by the bacterial pathogen Mycobacterium tuberculosis and usually affects the lung. In most infected individuals, the pathogen is contained and therefore causes latent infection. According to the World Health Organization (WHO), nearly one-third of the world's population is infected by M. tuberculosis, and 5-10% of infected persons develop active disease during their lifetime if they are not treated. Although diagnosis of active TB holds the most potential for containing the risk of infection, the WHO estimates that less than 60% of all active TB cases are identified. Tools for rapid diagnosis, prevention and therapy are urgently needed to sustainably reduce the global risk. The WHO has set up a strategic program to dramatically reduce the global burden of TB by 2015, for example, by supporting the development of new tools and enabling their timely and effective use.

The MPIIB was founded in 1993. The Institute commenced operation in a provisional laboratory facility with a small group of scientists, greatly expanded over the years, and relocated to a dedicated facility in summer 2000. It is located in the heart of Berlin on the historical Charité medical campus, where Robert Koch, Paul Ehrlich and Emil Behring made their important discoveries, pioneering the field of infection research, in close proximity to the German Parliament and the newly constructed government offices. The choice of location was intended to support the goal of the Institute to research infectious diseases in close collaboration with universities and clinical units. Further information about the MPIIB can be found at http://www.mpiib-berlin.mpg.de/home.html.

Certain of the statements contained in this news release may be considered forward-looking statements within the meaning of Section 27A of the U.S. Securities Act of 1933, as amended, and Section 21E of the U.S. Securities Exchange Act of 1934, as amended. To the extent that any of the statements contained herein relating to QIAGEN's products, markets, strategy or operating results, including without limitation its expected operating results, are forward-looking, such statements are based on current expectations and assumptions that involve a number of uncertainties and risks. Such uncertainties and risks include, but are not limited to, risks associated with management of growth and international operations (including the effects of currency fluctuations, regulatory processes and dependence on logistics), variability of operating results and allocations between customer classes, the commercial development of markets for our products in applied testing, personalized healthcare, clinical research, proteomics, women's health/HPV testing and nucleic acid-based molecular diagnostics; changing relationships with customers, suppliers and strategic partners; competition; rapid or unexpected changes in technologies; fluctuations in demand for QIAGEN's products (including fluctuations due to general economic conditions, the level and timing of customers' funding, budgets and other factors); our ability to obtain regulatory approval of our products; difficulties in successfully adapting QIAGEN's products to integrated solutions and producing such products; the ability of QIAGEN to identify and develop new products and to differentiate and protect our products from competitors' products; market acceptance of QIAGEN's new products, and the integration of acquired technologies and businesses. For further information, please refer to the discussions in reports that QIAGEN has filed with, or furnished to, the U.S. Securities and Exchange Commission (SEC).

QIAGEN N.V., a Netherlands holding company, is the leading global provider of sample and assay technologies. Sample technologies are used to isolate and process DNA, RNA and proteins from biological samples such as blood or tissue. Assay technologies are used to make these isolated biomolecules visible. QIAGEN has developed and markets more than 500 sample and assay products as well as automated solutions for such consumables. QIAGEN provides its products to molecular diagnostics laboratories, academic researchers, pharmaceutical and biotechnology companies, and applied testing customers for purposes such as forensics, animal or food testing and pharmaceutical process control. QIAGEN's assay technologies include one of the broadest panels of molecular diagnostic tests available worldwide. This panel includes the first FDA-approved test for human papillomavirus (HPV), the primary cause of cervical cancer, as well as a broad suite of solutions for infectious disease testing and companion diagnostics. As of September 30, 2011, QIAGEN employed approximately 3,800 people in over 35 locations worldwide. Further information about QIAGEN can be found at http://www.qiagen.com/.