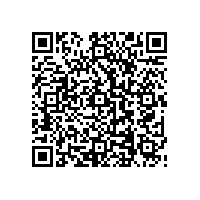 (PresseBox) ( Venlo, The Netherlands, and Beverly, Massachusetts, 08-04-30 )
QIAGEN (Nasdaq: QGEN; Frankfurt, Prime Standard: QIA) and privately held BioHelix have announced today that they have entered into a non-exclusive worldwide license and supply agreement for BioHelix's proprietary Helicase Dependent Amplification technology (HDA). HDA is a versatile assay technology to detect and analyze biological target molecules such as DNA and RNA by amplifying target specific genetic information with the highest level of sensitivity and specificity. Financial terms were not disclosed.

Unlike conventional amplification technologies such as the polymerase chain reaction (PCR), which requires thermocycling, HDA works at a constant temperature, eliminating the need for complex and costly instrumentation. In addition HDA technology offers a simple reaction workflow and a user-friendly assay design process. Two primers are used to flank the DNA fragment to be amplified, thereby allowing simple and rapid development of new singleplex and/or multiplex assays for use in research, pharmaceutical development, applied markets or molecular diagnostics.

HDA is compatible with multiple detection technologies including qualitative or quantitative fluorescent detection technologies, and also with instrumentation designed for use with real-time PCR. The technology is also compatible with QIAGEN's suite of next-generation Hybrid Capture(TM) detection platforms, which includes an ultra-high throughput instrument designed for use with assays including QIAGEN's next generation HPV assay to test for human papillomavirus, the primary cause of cervical cancer. By combining the HDA platform with other assay technologies including QIAGEN's hybrid capture technology, the most important tests in women's health, human papillomavirus (HPV), chlamydia trachomatis (CT) and neisseria gonorrhoeae (GC) can be run using a single instrument and a single specimen.

Furthermore, HDA has shown potential for the development of simple, portable DNA diagnostic devices to be used in the field or at the point-of-care.

"We are excited about the opportunities coming along with HDA technology," said Jim Godsey, Senior Vice President Research & Development North America for QIAGEN. "The ability to amplify DNA or RNA using an isothermal amplification system opens up a wide field of new assays in many areas, in particular in human molecular diagnostics and applied testing."

"We are extremely excited about the global reach and development capabilities of QIAGEN as a partner. This license validates the utility of our technology while further enhancing our plans for growth," said Dr. Huimin Kong, inventor of HDA and CEO of BioHelix Corporation.