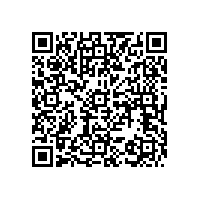 The reported net sales as well as adjusted earnings per share for the first quarter 2008 exceeded the guidance provided by the Company on February 12, 2008.

QIAGEN's first quarter 2008 results include the results of operations of Digene Corporation and eGene, Inc. as well as certain charges related to these acquisitions which occurred after the first quarter of 2007.

QIAGEN has regularly reported adjusted results to give additional insight into its financial performance. Adjusted results should be considered in addition to the reported results prepared in accordance with generally accepted accounting principles, but should not be considered a substitute. The Company believes certain items should be excluded from adjusted results when they are either outside of our ongoing core operations or vary significantly from period to period, which affects the comparability of results with the Company's competitors and its own prior periods. Costs and charges excluded from adjusted results include acquisition, integration, and restructuring related costs, acquisition-related amortization, and compensation cost due to equity based compensation in accordance with Statement of Financial Accounting Standards No. 123 (Revised) (SFAS 123R).

"QIAGEN experienced a successful start into 2008," said Peer Schatz, QIAGEN's Chief Executive Officer. "We saw strong revenue and net income growth and exciting momentum in our strategic position. We launched 19 new products in the area of sample and assay technologies and are managing a strong pipeline of new products. Most notably, our new flagship, the QIAsymphony platform, launched in January 2008, has received a very strong reception by our customers across all segments."

"Our financial statements also give evidence to significant value creation from our most recent acquisitions. The integrations of our recently acquired businesses are fully on track to meet their targets in terms of cost synergies, accretion and timelines. In January 2008, QIAGEN launched the QIAxcel system which is based on the capillary electrophoresis technology acquired in the transaction with eGene. QIAGEN also initiated marketing of QIAGEN's new line of digene HC2 tests added in the Digene acquisition through merged laboratory sales channels. In addition, we significantly expanded our clinical sales channel, launched new tactical and marketing campaigns and created access for our products in countries not previously served directly."

"We are very pleased with our financial performance in this first quarter of 2008. Reported revenues and adjusted earnings per share came in very strong and exceeded our expectations. We experienced a strong adjusted operating margin jump to 28% in the first quarter 2008 which corresponds to a growth rate of 79% year over year reflective of the attained cost synergies following the acquisition of Digene," said Roland Sackers, QIAGEN's Chief Financial Officer.

Detailed information on QIAGEN's business and financial performance will be presented in its conference call on May 6, 2008 at 9:30am ET. The corresponding presentation slides will be available for download on QIAGEN's website at www.qiagen.com/goto/050608. A webcast of the conference call will be available on the same website at www.qiagen.com/goto/050608.