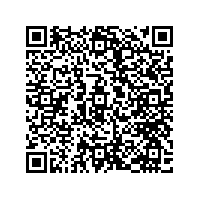 (PresseBox) ( Hilden, Germany, and Germantown, MD., 10-09-02 )
QIAGEN N.V. (NASDAQ: QGEN; Frankfurt Prime Standard: QIA) today launched its novel QIAsymphony RGQ system. The automated platform has been specifically designed to address the fastgrowing molecular diagnostics market, particularly for applications in "Profiling" and "Personalized Healthcare"*. It is the only modular system that covers entire laboratory workflows from the initial sample preparation to the final result. The QIAsymphony RGQ thereby provides its users with an unprecedented level of flexibility: Customers can use the new platform not only to run several existing QIAGEN tests, but also to develop and conduct their own PCRbased assays.

The QIAsymphony RGQ system is approved for invitro diagnostic use in Europe and launches with several molecular assays for the detection of viruses such as HIV and Hepatitis, as well as a specific test panel for transplantation medicine. All of these products from QIAGEN's artus product range have been already validated for clinical use in connection with the new system.* Numerous other products will complement the existing test portfolio over the next months. These products will include tests for biomarkers such as KRAS, EGFR or PI3K in personalized healthcare applications, assays for the detection of influenza viruses, as well as a dedicated women's health panel. This will allow diagnostic and research access to the broadest commercially available PCRbased assay portfolio in the marketplace.

The system also allows customers to run custom laboratory developed tests (LDT) which can be validated for clinical use. In molecular diagnostics, laboratory developed tests account for about 40 percent of the global market volume and for an even higher share of all existing test parameters. Facing stricter requirements from regulatory bodies such as the U.S. Food and Drug Administration (FDA), this sector shows signs of a growing demand for standardized and clinically proven systems for the development of custom PCRbased assays. With the QIAsymphony RGQ, developers and users of such tests gain access to instruments and reagents that match the highest quality and functionality standards for clinical applications. To date, there are more than 200 such applications that are compatible with the new QIAsymphony RGQ platform.

"The launch of our QIAsymphony RGQ is a very important milestone in further expanding our leading position in molecular diagnostics", said Peer Schatz, QIAGEN's CEO. "The integrated and validated system was designed to meet both current and future needs of molecular diagnostic labs. We will continue to complement the system not only by expanding the existing assay portfolio, but also by adding further unique performance features." Future expansions that have been already announced by the company include the integration of the Pyrosequencing detection technology and the capability to detect multiple molecular targets in a single test run, known as Multiplexing.

With an increase of 14 percent, QIAGEN's automation business has seen a strong revenue growth in the second quarter of 2010. Instrument sales thereby also add to longterm reagent and consumable sales, which account for 85 percent of the company's business. QIAGEN has already registered a significant amount of preorders for the QIAsymphony RGQ system.

The QIAsymphony RGQ is composed of three modules: the award winning "QIAsymphony SP" for sample preparation, the new "QIAsymphony AS" for assay setup, and QIAGEN's realtime PCR detection platform "Rotor-Gene Q". Two of its unique features include continuous sample loading and the ability to run different tests for each sample. These features address a critical requirement in "Profiling" and "Personalized Healthcare" applications, where laboratories typically process a variety of different samples such as blood or tissue and have to test them for different molecular targets.

Certain of the statements contained in this news release may be considered forwardlooking statements within the meaning of Section 27A of the U.S. Securities Act of 1933, as amended, and Section 21E of the U.S. Securities Exchange Act of 1934, as amended. To the extent that any of the statements contained herein relating to QIAGEN's products, markets, strategy or operating results are forwardlooking, such statements are based on current expectations that involve a number of uncertainties and risks. Such uncertainties and risks include, but are not limited to, risks associated with management of growth and international operations (including the effects of currency fluctuations and risks of dependency on logistics), variability of operating results, the commercial development of the applied testing markets, clinical research markets and proteomics markets, nucleic acidbased molecular diagnostics market, and genetic vaccination and gene therapy markets, competition, rapid or unexpected changes in technologies, fluctuations in demand for QIAGEN's, products (including fluctuations due to the level and timing of customers' funding, budgets, and other factors), our ability to obtain regulatory approval of our infectious disease panels, difficulties in successfully adapting QIAGEN's products to integrated solutions and producing such products, the ability of QIAGEN to identify and develop new products and to differentiate its products from competitors' products, market acceptance of QIAGEN's new products and the integration of acquired technologies and businesses. For further information, refer to the discussions in reports that QIAGEN has filed with, or furnished to, the U.S. Securities and Exchange Commission (SEC).

QIAGEN N.V., a Netherlands holding company, is the leading global provider of sample and assay technologies. Sample technologies are used to isolate and process DNA, RNA and proteins from biological samples such as blood or tissue. Assay technologies are used to make such isolated biomolecules visible. QIAGEN has developed and markets more than 500 sample and assay products as well as automated solutions for such consumables. The company provides its products to molecular diagnostics laboratories, academic researchers, pharmaceutical and biotechnology companies, and applied testing customers for purposes such as forensics, animal or food testing and pharmaceutical process control. QIAGEN's assay technologies include one of the broadest panels of molecular diagnostic tests available worldwide. This panel includes the digene HPV Test, which is regarded as a "gold standard" in testing for highrisk types of human papillomavirus (HPV), the primary cause of cervical cancer, as well as a broad suite of solutions for infectious disease testing and companion diagnostics. QIAGEN employs more than 3,500 people in over 30 locations worldwide. Further information about QIAGEN can be found at http://www.qiagen.com/.