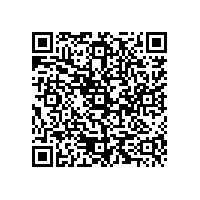 Subscribe to news
(PresseBox) ( Venlo, The Netherlands, 06-05-09 )
QIAGEN N.V. (Nasdaq: QGEN; Frankfurt, Prime Standard: QIA) (“QIAGEN” or the “Company”) today announced that it plans to offer $220 million of senior convertible notes (the “Notes”) due 2026 in minimum denominations of $100,000 to institutional investors outside the U.S. in reliance on Regulation S under the Securities Act of 1933, as amended. The Company also plans to grant the initial purchasers of the Notes an option to purchase up to an additional $30 million aggregate principal amount of the Notes.

The Notes are structured with a final maturity of 20 years, cannot be called for the first 7 years and are callable thereafter subject to a provisional call trigger of 130% of the conversion price. Noteholders will have an option to require the issuer to redeem the Notes at par at 7, 11, and 16 years. The Notes are to be offered with a coupon of 3.125% to 3.625% and a conversion premium of 30% to 35%. The coupon and conversion premium will be set at final pricing, which is expected to occur on May 9, 2006.

QIAGEN believes that the convertible bond market currently offers attractive financing opportunities. The Company plans to use the proceeds of this offering to optimize the structure of its balance sheet (which may include the repayment of existing debt), to finance future acquisitions and for general corporate purposes.

The Notes will be issued by a wholly-owned subsidiary of QIAGEN and guaranteed by QIAGEN. The settlement date of the Notes is expected to be on or about May 16, 2006. An application will be made to list and admit to trading the Notes on the regulated market of the Luxembourg Stock Exchange. In conjunction with the offering of the Notes, two significant shareholders of QIAGEN may lend common shares for a pre determined period of time and price to the initial purchasers to facilitate execution of the offering.

In connection with the issue of the Notes, the initial purchasers, or any of them acting as stabilization agent, may over-allot or effect transactions with a view to supporting the market price of the Notes or the common shares deliverable upon conversion of the Notes at levels above those which might otherwise prevail. Such transactions may be effected in the over-the-counter markets or otherwise. However, there is no assurance that the initial purchasers or a stabilization agent will undertake stabilization action. Any such stabilization action may begin on the date of adequate public disclosure of the final terms of the offer in relation to such Notes and, if commenced, may be discontinued at any time and must end no later than (i) 30 calendar days after the date on which the issuer receives the proceeds of the issue or (ii) 60 calendar days after the date of allotment of the Notes, whichever is the earlier.

This announcement is directed only at the following persons in the United Kingdom: investment professionals falling within Article 19(5) of the Financial Services and Markets Act 2000 (Financial Promotion) Order 2005 (the “Order”); and high net worth entities, and other persons to whom it may lawfully be communicated, falling within Article 49(2)(a) to (d) of the Order. If you are in the United Kingdom and do not fall into one of the above categories, any investment or investment activity to which this announcement relates is not available to you, and will not be engaged in with you, and you should not act upon, or rely on, this announcement.

Certain of the statements contained in this news release may be considered forward-looking statements within the meaning of Section 27A of the Securities Act of 1933, as amended (the “Securities Act”) and Section 21E of the U.S. Securities Exchange Act of 1934, as amended, including statements regarding QIAGEN’s intention to commence and complete the offering and the intended uses of the proceeds of any such offering. To the extent that any of the statements contained herein are forward-looking, such statements are based on current expectations that involve a number of uncertainties and risks. Such uncertainties and risks include, but are not limited to, risks associated with management of growth and international operations (including the effects of currency fluctuations and risks of dependency on logistics), variability of operating results, the commercial development of the applied testing markets, clinical research markets and proteomics markets, nucleic acid-based molecular diagnostics market, and genetic vaccination and gene therapy markets, competition, rapid or unexpected changes in technologies, fluctuations in demand for QIAGEN's products (including fluctuations due to the level and timing of customers’ funding, budgets, and other factors), difficulties in successfully adapting QIAGEN's products to integrated solutions and producing such products, the ability of QIAGEN to identify and develop new products and to differentiate its products from competitors’ products, market acceptance of QIAGEN’s new products, and the integration of acquisitions of technologies and businesses. For further information, refer to the discussion in reports that QIAGEN has filed with or furnished to the U.S. Securities and Exchange Commission (SEC).

The Notes being offered and the common shares issuable upon conversion of the Notes have not been registered under the Securities Act and may not be offered or sold in the United States absent registration or an applicable exemption from registration under the Securities Act and applicable state securities laws. This press release does not constitute an offer to sell or the solicitation of an offer to buy, nor shall there be any sale of these securities in any state in which such offer, solicitation or sale would be unlawful.

QIAGEN N.V., a Netherlands holding company, is the leading provider of sample and assay technologies. Sample technologies are used to isolate and process DNA, RNA, and proteins from biological samples such as blood or tissue. Assay technologies are used to make such isolated biomolecules visible. QIAGEN has developed and markets more than 500 consumable products as well as automated solutions for such consumables. The company provides its products to molecular diagnostics laboratories, academic researchers, pharmaceutical and biotechnology companies, and applied testing customers for purposes such as forensics, animal or food testing, and pharmaceutical process control. QIAGEN's assay technologies include what is considered to be the broadest panel of molecular diagnostic tests available worldwide. This panel includes the only FDA-approved test for human papillomavirus (HPV), the primary cause of cervical cancer. QIAGEN employs more than 2,800 people in more than 30 locations worldwide. Further information about QIAGEN can be found at http://www.qiagen.com/.