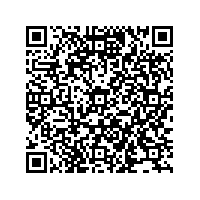 (PresseBox) ( München, 08-05-06 )
PULSION Medical Systems AG, a life science corporation specializing in medical diagnostic and therapy systems, listed on the Prime Standard of the Frankfurt Stock Exchange, increased its first-quarter revenues by 7% from EUR 6.4 million to EUR 6.8 million and missed its own targets. The gross profit margin was 71% (Q1 2007: 74%).

Research and development expenditure, at EUR 0.5 million, was at a similar level to same quarter last year as well as selling and marketing expenses at EUR 3.1 million. General and administrative costs increased by 25% to EUR 0.9 million (Q1 2007: EUR 0.7 million), mainly due to one-time costs incurred by relocating administration and production. In total operative costs increased by 6% compared with the first quarter of 2007.

The first-quarter performance of the Critical Care line of business fell well short of expectations. On the one hand, revenues from monitor sales continued to develop encouragingly following the successful introduction of PiCCO2. The installed base of PiCCO monitors, for example, rose worldwide by 200 units during the first quarter to stand at 5,456 units at March 31, 2008 (+15% compared with one year earlier). On the other hand, first-quarter sales of disposable products grew by only 5%, therefore falling well short of forecast growth for the period.

The reasons for this performance are primarily to be found in the area of selling. With hindsight, it can be seen that the planned timeframe for restructuring the selling function worldwide was too optimistic.

Weak spots have been identified and measures now initiated to ensure the same high level of efficiency in all sales companies. PULSION expects that these measures take effect over the course of 2008 and that earnings will improve accordingly.

The sales growth target for the full year has now been narrowed down to a level of at least 20%, respectively EUR 34 million, in other words to the lower end of the initial targeted growth corridor of 20-30%. An EBIT margin of at least 15% of sales revenues, or 5.1 million EUR, is expected.

The full quarterly report will be published on May 13, 2008 in line with PULSION's financial calendar.

PULSION Medical Systems AG, founded in 1990, has become one of the leading specialists for intelligent medical diagnosis and therapy management systems and has been listed on the Stock Exchange in Frankfurt since 2001. The repeated development of innovative product lines in the medtech field is the basis for creation and expansion of the attractive disposable business with sterile products and pharmaceuticals. The business unit PULSION Critical Care covering intensive care medicine, perioperative medicine and emergency medicine focuses on the management of cardiovascular and organ functions of critically ill patients. Products and activities of the business unit PULSION Pharma are directed at the diagnosis and therapy management of organ and tissue perfusion in ophthalmology, surgery and hepatology. PULSION products are marketed worldwide via own sales channels or secondary distribution. All products are certified with the CE mark which is basis for marketing in the EU and some other countries. The US-American FDA approval and the Japanese market approval have been issued for selected product lines. Further information about PULSION is available at www.pulsion.com.