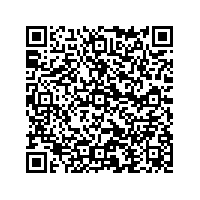 The differently styled tracks in the Record Drum Takes ReFills all come as multitrack recordings, allowing users to freely shape the drum sound by adjusting the levels of the independent kick, snare, hihat, room, ambient and other microphones. Cut across all eight drum tracks to arrange and rearrange once the drum sound has been mixed to perfection. Play along to the RDT drum arrangements, or paste them into an existing song. The entire drum mix will follow right along, and utilizing Record's automatic time-stretch, Drum Takes instantly adapts to the song's tempo.

Included with the ReFill are also multisampled versions of the kits, for adding that extra snare or crash cymbal right where it is needed.

Although recorded using state of the art technology in a professional recording facility and performed by an experienced drummer with an unmistakable feel for music-the playing in these ReFills is sparse and to the point: a perfect foundation for any alternative, pop or rock production.

Formed in 1994, Propellerhead Software is a privately owned company based in Stockholm, Sweden. Renowned for its musician-centric approach, Propellerhead has created some of the world's most innovative music software applications and technology standards. Musicians, producers and the media have praised Record, Reason, ReCycle and ReBirth applications for being inspiring, great sounding and of superior quality. Technologies such as ReWire and the REX file format are de-facto industry standards, implemented in all major music software. Today, Propellerhead's products are used all over the world by hundreds of thousands of professionals and enthusiasts for all kinds of music making.