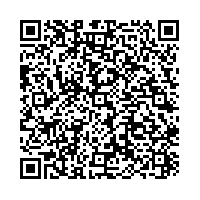 Seeking to enhance operating efficiencies, Santa is increasingly reliant on an extensive e-Commerce site to process gift requests. "Sending Christmas lists to the North Pole by mail is so 1800s," said Inna Openslae, Global Fulfillment Director. "We've built one of the most visited web sites in the world and to say it is mission critical is a huge understatement. The happiness of billions depends on access to the site at all times."

To ensure 100% availability throughout the holiday season, Santa's IT elves selected Prolexic's 24/7 DDoS monitoring and in the cloud mitigation solution. Santa insisted on traveling from the North Pole to Prolexic's corporate headquarters in Hollywood, Florida to sign the contract.

"Prolexic is like an insurance policy against disaster," said Santa. "Just as you can bet that Christmas will come around every year, I know that Prolexic will be there 24/7 whenever I need them. Even if that's on Christmas Eve!"

"We've seen a continuous rise in the number and size of DDoS attacks since Prolexic began monitoring and mitigating them in 2003," said Scott Hammack, chief executive officer at Prolexic. "As this incident highlights, even if you are a saint based in the North Pole, your site can still be attacked."

When asked about the incident Santa, became rather animated. "What kind of person would want to take down my site and ruin Christmas?" sputtered Santa. "This could only be the work of the Grinch, or perhaps those slacker elves I had to let go earlier this year."

Prolexic's four scrubbing centers located in Virginia, San Jose, London and Hong Kong were used to mitigate the distributed attack. "I'm glad this incident is over so we can refocus on all the good things about this time of year," said Santa. "Ho! Ho! Ho! Merry Christmas to you all!"

Prolexic is the world's largest, most trusted Distributed Denial of Service (DDoS) mitigation provider. Able to absorb the largest and most complex attacks ever launched, Prolexic restores mission critical Internet facing infrastructures for global enterprises and government agencies within minutes. Six of the world's ten largest banks and the leading companies in e-Commerce, payment processing, travel/hospitality, gaming and other at risk industries rely on Prolexic to protect their businesses. Founded in 2003 as the world's first "in the cloud" DDoS mitigation platform, Prolexic is headquartered in Hollywood, Florida and has scrubbing centers located in the Americas, Europe and Asia. For more information, visit www.prolexic.com.